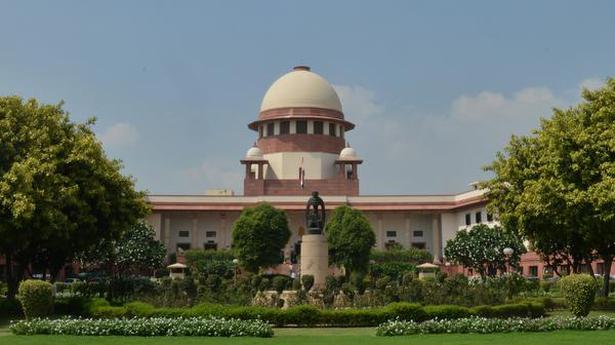 The Supreme Court on Monday decided to consider the question whether the challenge to the 10% economic reservation law should be heard by a Constitution Bench.

A three-judge Bench led by Chief Justice of India Ranjan Gogoi scheduled the hearing on the question of reference to the larger Bench for March 28.

Meanwhile, the court refused to pass any interim orders to stay or hamper the implementation of the Constitution (103rd Amendment) Act, which provides 10% reservation in government jobs and educational institutions for those economically backward in the unreserved category.

The issue of reference to a Constitution Bench arose when senior advocate Rajeev Dhavan pointed out that 50% quota limit was part of the Basic Structure of the Constitution and the new amendment tinkered with it.

The Act amends Articles 15 and 16 of the Constitution by adding clauses empowering the government to provide reservation on the basis of economic backwardness.

One of the petitions, filed by Youth For Equality, represented by advocate Senthil Jagadeesan and settled by advocate Gopal Sankaranarayanan, contended that the Supreme Court, in a nine-judge Bench judgment in Indira Sawhney, had already settled the law that economic backwardness cannot be the sole basis for reservation.

The plea argued that the Act is “vulnerable” and negates a binding judgment of the top court.

The petitioners have contended that the amendments excludes the OBCs and the SC/ST communities from the scope of the economic reservation. This, it said, “essentially implies that only those who are poor from the general categories would avail the benefits of the quotas”.

It said the high creamy layer limit of ₹8 lakh per annum ensures that the elite capture the reservation benefits.

Further, the petitioners have contended that the Supreme Court has already settled the law that the “State’s reservation policy cannot be imposed on unaided educational institutions, and as they are not receiving any aid from the State, they can have their own admissions provided they are fair, transparent, non-exploitative and based on merit”.

“While the impugned amendment attempts to overcome the applicability of Articles 19(1)(g) and 29(2), it remains completely silent on Article 14, which right protects the citizens from manifestly arbitrary State action,” the petition pointed out.

The petition also contended that the term “economically weaker sections” remains undefined in the Act along with the “ambiguous” term of “State.

A Constitution Bench of the Supreme Court, back in September 2018, modified a 2006 judgment requiring the State to show quantifiable data to prove the “backwardness” of a Scheduled Caste/Scheduled Tribe community in order to provide quota in promotion in public employment.

The court also has to consider the issue in the light of another judgment pronounced in the Jarnail Singh case in September last year, which gave a huge fillip to the government’s efforts to provide “accelerated promotion with consequential seniority” for Scheduled Castes/ Scheduled Tribes (SC/ST) members in government services.

“The whole object of reservation is to see that backward classes of citizens move forward so that they may march hand in hand with other citizens of India on an equal basis,” the couet had held in the Jarnail Singh verdict.

The question of reference has come even as the Centre has sought more time to file its counter.

Fighting polls and patriarchy in Haryana

Notorious for its “patriarchal mindset” and crime against women, including honour killings, Haryana has only nine times elected women candidates to the Lok Sabha in the 13 general elections held since its formation on November 1, 1966. In other words, the women Lok Sabha MPs from the State comprise only 7.03% of the total 128 […]

A restaurant manager at Hazrat Nizamuddin railway station was allegedly thrashed by a Delhi policeman over delay in delivery of ordered food items on Thursday night. The accused policeman, Assistant Sub-Inspector Mukesh Kumar, has been suspended with immediate effect, said DCP (Railways) Harinder Singh. In a video released by the victim, Shivam Thukral, who works […]

The Samajwadi Party (SP) has moved an application seeking the disqualification of Shivpal Singh Yadav from the Uttar Pradesh Assembly under the anti-defection law. Shivpal Yadav, the estranged uncle of SP president Akhilesh Yadav, was elected from the Jaswantnagar Assembly constituency in the 2017 State elections. He floated a new party Pragatisheel Samajwadi Party (Lohia) […]