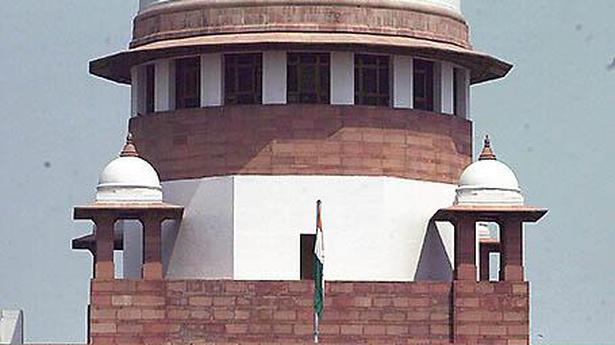 The Supreme Court on Tuesday transferred a case related to alleged custodial death of an accused in the gang rape and murder of a minor schoolgirl in Himachal Pradesh’s Kotkhai in 2017, from Shimla to Chandigarh.

A Bench headed by Chief Justice Ranjan Gogoi transferred the case to Chandigarh after the CBI and the accused said they have no objection if the case was transferred from Shimla.

“We order transfer of the case to a competent CBI court in Chandigarh,” the Bench, which also comprised Justices Deepak Gupta and Sanjiv Khanna, said.

The counsel appearing for the CBI informed the Bench that chargesheet has been filed in the case against several police officers ranging from constable to former Inspector General of Police.

The apex court had last month granted bail to former Himachal Pradesh IGP Zahur Haider Zaidi, an accused in the case, and said that it would later deal with the aspect of transferring the trial from a court in Himachal Pradesh.

The top court had in November last year sought responses from Zaidi, Deputy Superintendent of Police (Theog) Manoj Joshi and six other Himachal Pradesh policemen as to why the trial against them be not transferred from Shimla.

The CBI had earlier told the court that though the chargesheet has been filed, the trial in the case “has not seen the light of the day” and hence the matter be transferred to other court for expeditious disposal.

Zaidi and seven others were arrested in the custodial death of Suraj, who was found dead at the Kotkhai police station on July 18, 2017.

A 16-year-old girl had gone missing in Kotkhai on July 4, 2017, and her body was found from the Halaila forests two days later. The post-mortem had confirmed rape and murder and a case was registered. Amid a huge public outcry, a SIT headed by Zaidi was constituted by the then Virbhadra Singh-led Congress government. The SIT arrested six persons, and after the custodial death of Suraj, the High Court had handed over the investigations of both the cases to the CBI. The CBI had arrested Zaidi, DCP Joshi and other policemen in connection with the custodial death.

The only woman MP from Kerala in 17th Lok Sabha and the second Dalit woman in the Lower House from the State (after CPI’s Bhargavi Thankappan in 1971), 32-year-old Ramya Haridas of the Congress, who declared personal assets valued at ₹22,816, won with a margin of 1.59 lakh votes in Alathur against sitting MP P.K. […]

What does the merger of National Sample Survey Office and Central Statistics Office entail?

The story so far: On May 23, the government announced that the National Sample Survey Office (NSSO) will be merged with the Central Statistics Office to form the National Statistical Office (NSO). Many believe that this move will undermine the autonomy of the NSSO which has been at the centre of various public controversies over […]

President Ram Nath Kovind on Saturday awarded President’s Colours to the Corps of Army Air Defence at Odisha’s Gopalpur military station. President’s Colours is the highest honour bestowed upon a regiment of the Indian Armed Forces in recognition of invaluable contributions to the security of the nation during peace and hostility. It was presented on […]