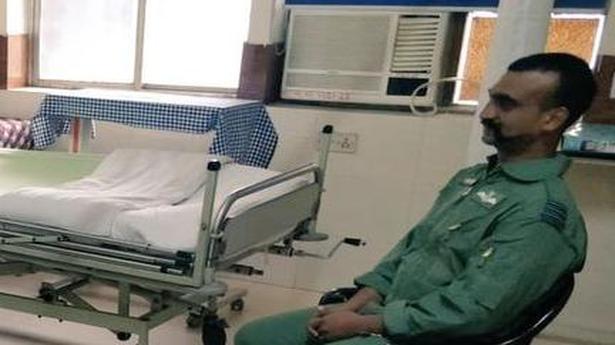 Wing Commander Abhinandan Varthaman on March 3 underwent debriefings by security agencies even as his medical check up continued for the second day at a military hospital in New Delhi, officials said.

A number of senior Indian Air Force (IAF) officials also met Wg. Cmdr. Varthaman who was brought to Delhi after he returned to India from Pakistan through the Attari-Wagah border late on March 1.

Wg. Cmdr. Varthaman was debriefed by the security agencies and it will continue for the next couple of days. He also underwent several medical tests as part of a cooling down process, the officials said. “The efforts have been to ensure that he returns to the cockpit soon,” a military official said.

Defence Minister Nirmala Sitharaman and Air Chief Marshal B.S. Dhanoa met Wg. Cmdr. Varthaman separately on March 2 during which he apprised them about the mental trauma he was subjected to during his captivity in Pakistan.

Prime Minister Narendra Modi on Thursday held wide-ranging talks with his Japanese counterpart, Shinzo Abe, on the global economy, fugitive economic offenders and disaster management, and announced that President Ram Nath Kovind would participate in the coronation ceremony of Emperor Naruhito in October. It was the first meeting between the two leaders since the start […]

Court orders grant of 30 days of leave to Perarivalan

The appointment order was issued by the Department of Personnel of Rajasthan on Sunday night. Source: thehindu.com Related