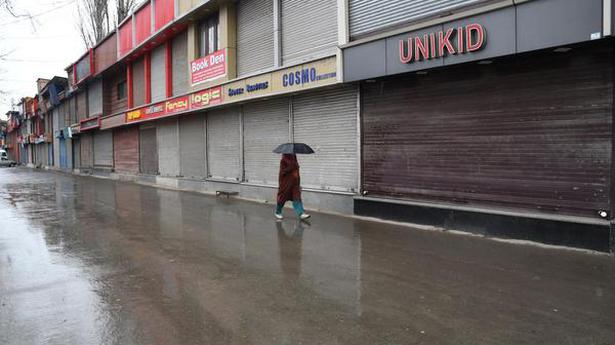 Life in Kashmir was affected on Wednesday due to a strike called by separatists to protest against the custodial death of a youth.

Schools, colleges and universities remained closed due to the strike called by the Joint Resistance Leadership (JRL), an amalgam of separatist groups, to protest against the death of Rizwan Pandit in police custody on the intervening night of March 18 and 19, officials said.

Shops and other business establishments also remained closed while public transport remained off the roads but a few private vehicles could be seen plying on the city roads, they said.

The State administration has ordered a magisterial probe into Pandit’s death while police have ordered a separate inquiry into the matter.

Story of a sailor who served in the Royal Navy and took part in WW II Source: thehindu.com Related

Mumbai Metro Rail Corporation (MMRC) dismissed green activists’ contention on Saturday that a fresh notice was needed before cutting trees in Aarey Colony after the Bombay High Court dismissed petitions opposing it. Protests broke out in Aarey Colony in north Mumbai on Friday night after MMRC started cutting trees for construction of a car shed […]

The luxury conundrum is very real; damned if you do, damned if you don’t. For years now, the luxury market has lived with an existential crisis- how much is too much? Should luxury be about products or experiences? Should one shun the monogram and embrace the discrete (and even more expensive) bag? Should one care […]