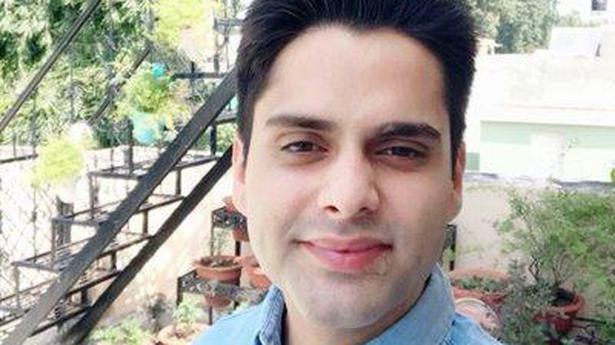 An advocate on Monday filed a plea in the Supreme Court claiming he was offered up to ₹1.5 crore by a man identified as ‘Ajay’ to frame a “false case of sexual harassment” against Chief Justice of India Ranjan Gogoi.

Supreme Court lawyer Utsav Bains said the man, claiming to represent the former employee who has levelled allegations against Chief Justice Gogoi, had also asked him to arrange a press conference at the Press Club of India to ‘frame’ the CJI.

Mr. Bains said he had rejected the offer from the man, who became evasive when asked how he was related to the woman. He said there was a larger ‘conspiracy’ playing out to compel the CJI to resign.

He said a judicial inquiry was required into the alleged plot to affect the independence of the judiciary.

The lawyer said he learnt from a ‘reliable person’, who on condition of anonymity, told him that a ‘corporate figure’ had tried and failed with the CJI “to get a favourable order in a high-profile case.” This person had also tried unsuccessfully to get the case transferred, Mr. Bains said.

He had then ‘ganged up’ with an ‘alleged fixer’ to frame the CJI to “pressure him to resign”, the lawyer added.

New Congress chief: CWC meet to be held on Aug. 10

The Congress Working Committee (CWC) meeting to elect the new party president will be held on August 10 at the party headquarters in Delhi. General Secretary (Organisation) K.C. Venugopal announced the date on Twitter. Congress sources said the CWC was the first step towards a regime change, with party finally accepting the outgoing president Rahul […]

Former Minister and BJP leader Badrilal Yadav on Wednesday said the Rajgarh Collector fed milk to Congress workers but assaulted his party’s, while demanding action against her for allegedly thrashing BJP workers during a rally supporting the Citizenship (Amendment) Act (CAA) on Sunday. At a public meeting calling for action against Collector Nidhi Nivedita and […]

The annual ‘Mission Smile’ programme of the Government General Hospital (GGH) here may not take place this year because of lack of funds, say officials. The GGH, in collaboration with several NGOs and corporations, has been conducting the programme in October every year since 2016. Under the programme, cleft lip and cleft palate surgeries are […]