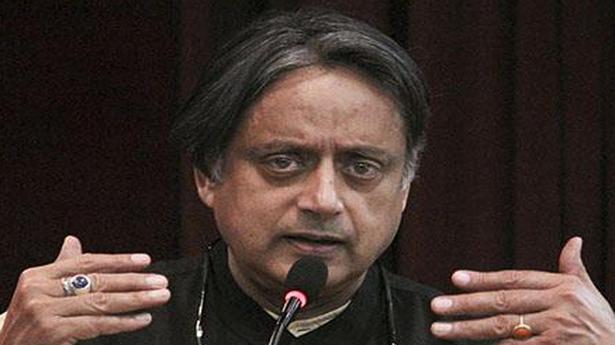 Mr. Tharoor had headed the external affairs panel in the last Lok Sabha. This time, the BJP has decided to keep the chair of the panel for itself.

Earlier, when the committees were notified, Mr. Tharoor had made his displeasure public on losing the chairmanship of the external affairs panel. “It’s official: government has decided to end the tradition of the leading Opposition party chairing the External Affairs Committee. Apparently a BJP MP will now hold the BJP government accountable instead. One more blow to our soft power, image&international reputation as a mature democracy,” he had tweeted.

Informally, sources said, Mr. Tharoor had conveyed to the Speaker that he would not like to be a member of a committee that he once headed.

The Speaker has included the Thiruvananthapuram MP in a parliamentary delegation to the 141st assembly of Inter-Parliamentary Union to be held in Belgrade.

The government on Tuesday braced itself to contain a possible spread of COVID-19 infection from a large group of persons who had returned from the Tablighi Jamat centre at Nizamuddin in New Delhi in early March. At least 300 persons from Kerala had attended the back-to-back meetings from which the disease had radiated to outlying […]