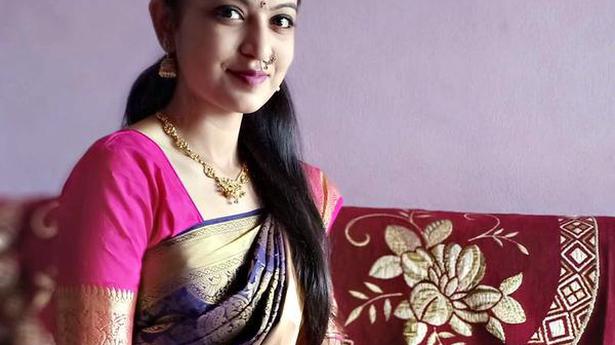 Nisha Talampalli (20) from Bidar district has made it to the finals of the Miss India International 2019 contest organised by India Fashion Fiesta to be held at Jakarta in Indonesia in November.

Ms. Talampalli is one of the 30 finalists of the international pageant. More than 9,000 aspirants from across the country competed for an entry to the final round.

Speaking to The Hindu, Ms. Talampalli said that the selection process was highly rigorous, as she had to go through an interview session over phone followed by a video-call interview and then attended an audition round in Goa.

Ms. Talampalli did her schooling in Basavakalyan and Humnabad taluks, and higher secondary education from Gyan Sudha PU Science College in Bidar. After graduating from Basavasagar Degree College in Humnabad, she moved to Hyderabad to study Diploma in Aviation.

Ms. Talampalli has worked as assistant manager at a private company. She took time out to prepare for beauty contests and participated in the Miss India International 2019.

A letter by Rajat Suneja, director of India Fashion Fiesta, stated that Ms. Talampalli has been selected as he met the eligibility criteria of the pageant selection system, through her application, looks, grace, voting, the introduction video and telephonic video.

Ms. Talampalli’s mother, Indumati Talampalli, is a home-maker, while her father, Srinivas, is an agriculturist.

She says that her parents always stood by her; they avoided “helicopter parenting” and allowed her to choose the profession she was interest in.

“Since my childhood days, I was interested in modelling, and my parents always let me follow my instincts and I am happy,” she said.

A senior police officer of the Haryana cadre, deputed as the Police Observer for the Chidambaram (Reserved) Parliamentary constituency, caused a flutter when he fired in the air in the early hours of Sunday. Later in the day, the Election Commission removed him of poll duty. Ariyalur falls under the Chidambaram constituency. According to police […]

Did political compulsions swing it their way?

When the Congress picked K. Muraleedharan to take on Left Democratic Front candidate (LDF) and Communist Party of India (Marxist) veteran P. Jayarajan in the Vadakara constituency, he became the ninth MLA to be fielded by the two major fronts in the State for the coming Lok Sabha elections. Ironically, a couple of days earlier […]

As many as 900 youth from Andhra Pradesh, Karnataka and Telangana will be trained at the National Disaster Response Force (NDRF) 10th Battalion headquarters on disaster management. Battalion Commandant Zahid Khan will inaugurate the training for the first batch, titled ‘Apada Mitra’ in Guntur district on Monday. Participants from the Nehru Yuva Kendra Sangathan (NYKS) […]