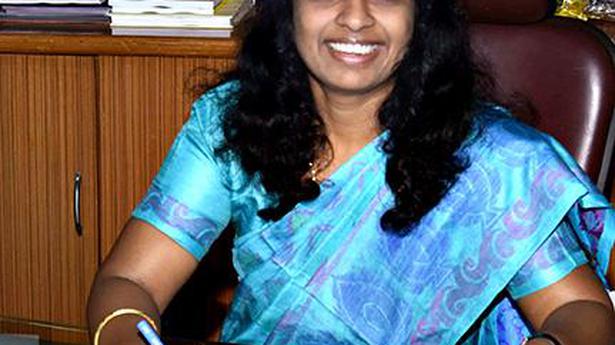 Taking serious note of the poor performance of Dharwad district in the SSLC examinations, Deputy Commissioner M. Deepa has instructed the Department of Public Instruction to issue show-cause notice to government high schools that have recorded poor pass percentage in this year’s SSLC examinations.

Chairing an official meeting here recently, Ms. Deepa said that it is a matter of concern that the total pass percentage in SSLC examinations and the district’s ranking in the State have come down this year.

While 33 government high schools have recorded less than 40 pass percentage, it is zero in three high schools. A total of 6,135 students have failed in the district, she said.

Ms. Deepa has instructed Deputy Director of Public Instruction (DDPI) Gajanan Mannikeri to issue show-cause notice to all these schools and also ask head masters of all schools to arrange for special tuition for all failed students to improve their performance in the supplementary examinations.

She has told the Education Department officials to open special tuition classes in all the blocks and depute expert teachers to teach the failed students. Teachers should convince all failed students to enrol online for the supplementary examinations. This apart, sensitisation programmes for parents of the failed students should be conducted, she said.

Ms. Deepa instructed the Education Department officials to hold a meeting of nodal officers every month without fail and hold regular interaction with students and guide them to face examinations successfully. An action plan should be prepared to ensure good results and see that the district is ranked among top the 10 in the SSLC examinations of 2019-20, she added.

Mr. Gajanan Mannikeri said that of the 25,059 regular students who appeared for the examinations, 18,924 have passed. The district has recorded a pass percentage of 75.45 and ranked 28th in the State. The government high schools have recorded pass percentage of 77.43, while the pass percentage in aided and unaided schools is 76.96 and 76.94, respectively, he said.

‘26/11 would have been called Hindu terror attack’, says Rakesh Maria

Former Mumbai Commissioner Rakesh Maria has said that had Pakistani terrorist Mohammed Ajmal Kasab not been caught alive, the 26/11 Mumbai terror attack would have been dubbed as the handiwork of “Hindu” terrorists. Kasab’s body would have been found with an identity card bearing a fictitious Hindu name, he writes in his memoir, Let Me […]

SHG members to be trained as mental health counsellors in TN

Members of self-help groups (SHGs) across Tamil Nadu will soon be trained as mental health counsellors. This is under “Manam Inidhu”, an initiative that will be implemented by Tamil Nadu Corporation for Development of Women, Schizophrenia Research Foundation (SCARF) and the Institute of Mental Health, and will train community professionals in the next six months. […]

Marumalarchi Dravida Munnetra Kazhagam (MDMK) founder Vaiko has condemned the police lathi charge on persons, who staged a protest following the death of 17 persons after a wall collapsed on three houses they were living in at Nadur in Mettupalayam in Coimbatore district on Monday. In a statement issued in Chennai on Tuesday, Mr. Vaiko […]