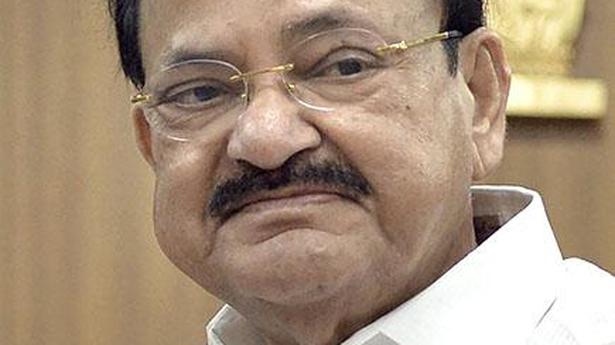 He was speaking at the ‘Punyabhushan’ award ceremony.

He presented the prestigious award to noted archaeologist G.B. Deglurkar.

“Since elections are around the corner and model code of conduct is being enforced and some of the friends (MP and ministers) could not come to the function…the frequent elections in the country is a matter of concern,” Mr. Naidu said.

Because of elections, there will be a code of conduct for almost one and a half months and everyone has to follow a three-line formula — election, selection, and correction, he said.

“That is why it is in the interest of the country (that) there should be a broad and simultaneous election across the country within 15 days’ period so that there is no deviation, dilution, and diversion of the public work,” he said.

Lauding Mr. Deglurkar, the Vice President said archaeological sites are the bridges that connect the present with our past.

“Archaeology is a fascinating subject that enhances our understanding of history through hard evidence. Because of this characteristic, it can be more credible than any other human science,” he said.

India should have been invited to China’s quadrilateral: Madhesi leader

It would have sent a positive message to the entire South Asian region, Upendra Yadav says Source: thehindu.com Related

Protest over irregularities in Amphan relief continue in Bengal