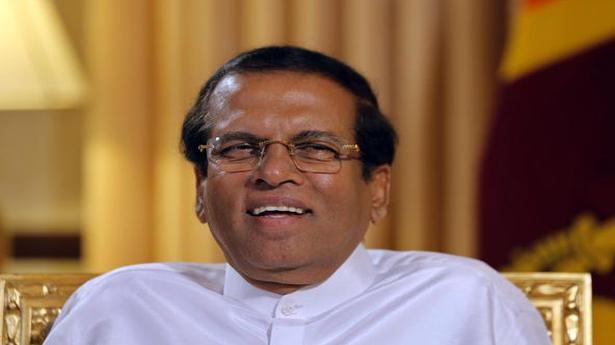 Sri Lankan President Maithripala Sirisena will attend Prime Minister Narendra Modi’s swearing-in ceremony scheduled to be held in New Delhi on May 30, according to an official at the President’s office.

“It is confirmed. The President spoke to Mr. Modi yesterday,” the official told The Hindu on Saturday.

On Friday, President Sirisena, who had earlier sent a congratulatory message to Mr. Modi, spoke to him. “It was a pleasure to congratulate Prime Minister Modi (@narendramodi) over the phone a while ago. I shared thoughts that Sri Lanka too celebrates along with the world’s largest democracy, on his re-election. We look forward to work together to further develop our bilateral ties,” he said in a tweet.

In May 2014, following Mr. Modi’s election as Prime Minister for the first time, then President Mahinda Rajapaksa attended the inaugural ceremony, along with other regional leaders.

After Mr. Modi secured a resounding majority last week, all top Sri Lankan leaders in the government and Opposition wished him, expressing their desire to work with him to take bilateral ties forward.

MEA officials said since the conversation between the leaders was between them, they were not in a position to confirm anything until formal invitations are sent out and accepted.

A government source said ” At the moment, we have no information on this matter.  We will share details with the media once a decision is taken.”

Diplomatic sources however said that they fully expected leaders of countries in the neighbourhood to be invited.

The Supreme Court on August 27, 2019, agreed to consider an urgent plea made by several disqualified Karnataka MLAs for an early hearing of their petitions challenging their ouster from the State Assembly by former Speaker Ramesh Kumar under the anti-defection law. The petitions were orally mentioned before a Bench led by Justice N.V. Ramana […]

The 6th Asia Pacific Congress of Sericulture and Insect Biotechnology (ASPERI-2019), which began in Mysuru on Saturday, will delve into the scope for using silkworm and silk in frontier areas like industrial, pharmaceutical and nutritional sectors. Substantial R and D activities in this field were already being undertaken in different laboratories across the globe considering […]