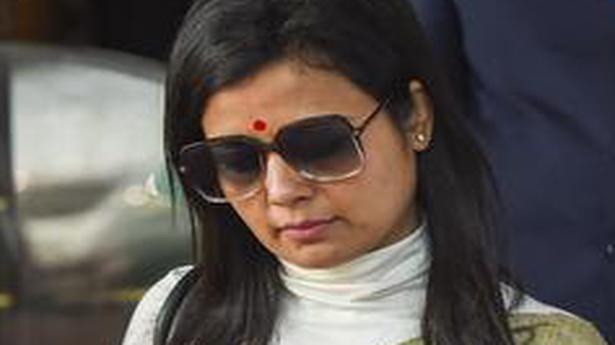 Lok Sabha Speaker Om Birla on Monday cautioned TMC member Mahua Moitra for casting aspersions on the Chair and passing comments from her seat while the proceedings of the House were under way.

“I am telling you that please don’t keep passing comments from your seat or else I will be forced to take action,” Mr. Birla told the Trinamool MP.

The Speaker’s comments came after Ms. Moitra made certain remarks on the Chair after she was not allowed to ask a supplementary question on the growth rate during Question Hour.

“Honourable member, please don’t make undue comments and that too when sitting in someone else’s seat. Whether I am impartial or not, the House will decide…,” Mr. Birla said expressing his displeasure.

Then Mr. Birla told TMC leader of the House Sudip Bandyopadhyay to advise his colleague.

“Sir, she is a first time MP. She is very jovial and very promising. I will definitely convey your message to her but you too kindly bless her,” Mr. Bandopadhyay said.

Mr. Birla also expressed concern over members bringing placards and posters into the House and said there should be a debate on whether such things could be allowed or should there be a complete ban.

It happened when Trinamool member Saugata Roy rose to oppose the introduction of The Institute of Teaching and Research in Ayurveda Bill, 2020 and the BJP members from West Bengal displayed posters that said “Save Democracy in West Bengal”.

“Would you allow this, Sir? In your dispensation such things should not be allowed,” Mr. Roy told the Speaker.

Mr. Birla then said there should be a debate on whether posters should be allowed at all and if someone still brings, should there be action against the member.

Though Mr. Birla sought the views from the House including Congress leader Adhir Ranjan Chowdhury, there was no unanimity but Parliamentary Affairs Minister Pralhad Joshi supported the move.

No reason for worry over PSBs: Anurag Thakur

During the Question Hour that witnessed several questions on the state of the economy, Minister of State for Finance Anurag Thakur told the House that the public sector banks (PSBs) were doing well now and there was no reason for worry.

In a written reply, Finance Minister Nirmala Sitharaman said bad loans in the PSBs had come down to ₹7.27 lakh crore at the end of September 2019 following a host of measures taken by the government to improve their financial health.

The Rashtriya Swayamsevak Sangh (RSS) had no ideologues, and everything in its thinking apart from India being a “Hindu rashtra” could change, the organisation’s chief, Mohan Bhagwat, said here on Tuesday. At the launch of the book The RSS: Roadmaps for the 21st Century by Sunil Ambekar, the organising national secretary of the RSS student […]