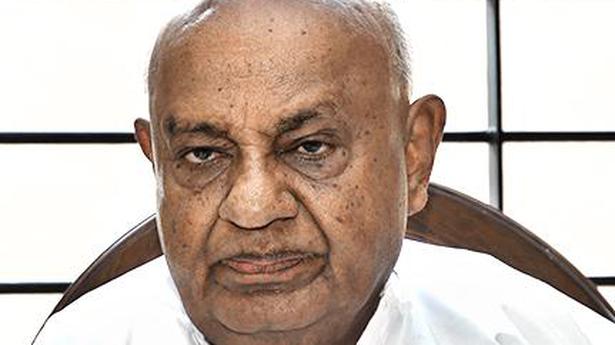 To send out a signal of unity, the Congress and the JD(S) are set to blow the poll bugle jointly at a rally on the outskirts of the city on Sunday. Congress president Rahul Gandhi and JD(S) supremo H.D. Deve Gowda will share the stage at the rally.

Bengaluru has been chosen to launch the poll campaign to reach out to electorates in four Lok Sabha constituencies — Bengaluru North, South, Central and Rural.

According to Congress leader Ramachandrappa, an 80×40 platform has been erected to accommodate over 50 leaders of both parties. “Seating arrangements have been made for second rung leaders, including MLAs and Ministers on either side of the dais,” he said.

Seating arrangements have been created for over one lakh people. Besides this, over 3 lakh people can stand in the grounds near International Exhibition Centre.

The Andhra Pradesh State Road Transport Corporation (APSRTC) buses has transported more than 11 lakh passengers to and from the Lord Venkateswara temple at Tirumala during the nine-day Brahmotsavams that concluded on Tuesday. According to the RTC officials, the figure is much higher than what the corporation achieved during the Brahmotsavams last year. Last year, […]