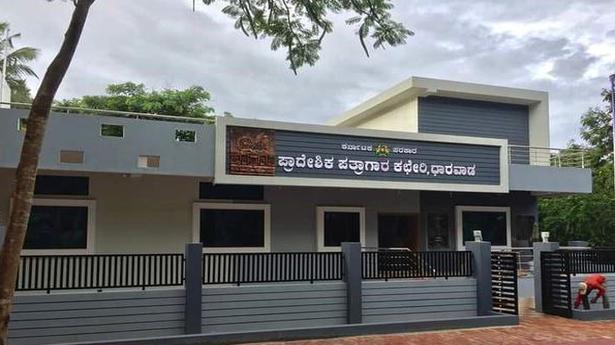 One of the long-pending demands of historians, freedom fighters, research students, and the public to have government archives here was fulfilled with the opening of the State archives regional library on Karnatak University campus here on Wednesday.

Kannada and Culture Minister C.T. Ravi inaugurated the library and the new building, nearly two years after its construction was started in 2017.

This library plays a major role in documenting historical documents, letters, and manuscripts. These important facts would be digitised and kept in the public domain. Documenting and preservation of historical facts has been taken up with an intention to provide accurate information on land and water for students taking up research works.

Responding to this, Mr. Ravi assured of taking up this matter with Chief Minister B.S. Yediyurappa.

The Bharatiya Janata Party (BJP) took out a rally in Bhatpara on Friday, where two persons were killed in Thursday’s firing. Dharamveer Shaw’s (40) body, one of two persons killed, was taken to his residence amidst huge police protection. BJP MP, MLA and councillors led the rally with the bodies. Barrackpore BJP MP Arjun Singh, […]

In a bid to implement ‘One Nation, One Ration Card’ across the country by June 1, 2020, the Centre on Friday kick-started inter-state portability of ration cards between Telangana-Andhra Pradesh as well as Maharashtra-Gujarat. This means beneficiaries living in Telangana and Andhra Pradesh can buy their quota of ration from the Public Distribution System (PDS), […]

The Enforcement Directorate attached assets worth about ₹89 crore in connection with a case allegedly involving the Micro Finance group of companies and others. It is alleged that Micro Finance Ltd and others earned huge money by making false promises of high returns on investment in various schemes. Its MD Durga Prasad Mishra and others […]