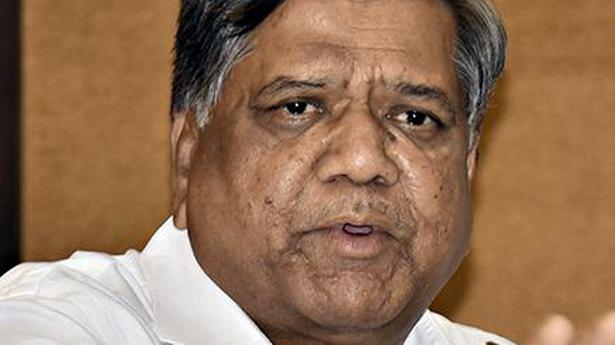 The Karnataka government is set to release industrial policy 2020 in December after obtaining the State Cabinet’s approval.

The State’s 2014-19 industrial policy, which was released during the time of the Siddaramaiah-led government, will expire in December 2019.

Minister for Large- and Medium-Scale Industries Jagadish Shettar on Wednesday met a delegation from China to discuss investment opportunities in Karnataka and told presspersons that the draft of the new industrial policy will be presented to the State Cabinet and would be made public in December. The policies from various States were studied during the preparation of the draft, he said.

Mr. Shettar said entrepreneurs from various sectors in China have expressed interest in investing in Karnataka. The delegation inquired about investments, licence, power supply, land among others, he added.

The policy will take into account the development of backward districts. The government has proposed to set up a Regional Industrial Development Corporation and the focus will be shifted from Bengaluru to the development of two-tier cities, he said.

Referring to the economic downturn across the globe, Mr. Shettar said only a few sectors such as automobile and real estate have been affected due to the slowdown. This has not hindered investment, he claimed.

The Minister said the commencement of Global Investment Meet will be announced after discussion with the Chief Minister. Entrepreneurs from eight companies in different sectors participated in the meeting.

CPI(M) leader Brinda Karat said on Friday that the Centre was using the Citizenship (Amendment) Act, National Register of Citizens (NRC) and National Population Register (NPR) as a “trishul” (trident) to attack people. She also dismissed the government’s claim that the amended Citizenship law has no nexus with the NRC and the NPR. Opposition parties […]

Opposition parties in Tamil Nadu, led by the DMK, on Thursday staged a black-flag protest, condemning the alleged failure of the Central and State gov Source: thehindu.com Related

The Indian Coast Guard (ICG) apprehended six people from Myanmar with banned contraband worth approximately ₹150 crore, about 125 nautical miles east of Little Andaman. They were detained under the Narcotic Drugs and Psychotropic Substances Act, 1985. At about 1200hrs on December 20, ICG Dornier aircraft sighted one non-Indian vessel operating east of Little Andaman. […]