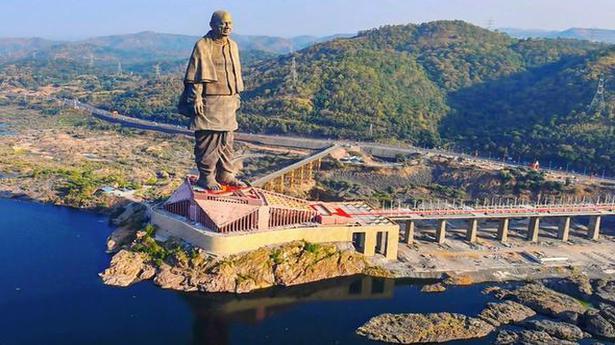 Sardar Patel’s tall Statue of Unity over the Narmada in Kevadia, Gujarat, is set to host another high-profile event of Prime Minister Narendra Modi with a series of programmes planned by the Modi government from Deepavali to October 31, the freedom fighter’s birth anniversary.

The programmes planned by the Department of Personnel and Training (DoPT) include bringing together all probationer IAS, IPS, IFS and IRS officers, top secretaries of the Government of India, World Bank President David Malpass and others.

A prominent theme of a workshop is on “How to make India a $5-trillion economy by 2024”. The keynote address at the retreat will be delivered by Mr. Malpass, on his first visit to India in his new role, and will speak to the probationers about the global economic situation.

“Prime Minister Modi made a special gesture by calling him to essentially motivate the next generation of administrators. Other key international academics have also been invited to address the conclave, mainly to educate them on trends in the world,” said an official aware of the planning.

The first unified two-month foundation course of the 2018 batch civil servants at the Lal Bahadur Shastri National Academy of Administration in Mussoorie and the Dr. Marri Channa Reddy Human Resource Development Institute in Hyderabad will conclude with a three-day workshop in the presence of the Prime Minister and top bureaucrats at the Statue of Unity.

On October 31, Mr. Modi will address all probationers at the Statue of Unity, the source said.

According to sources in Gandhinagar, there will be a bouquet of high-profile meetings, seminars and even a national parade.

Sources in the government said the three-day workshop at the venue would become an annual feature for all probationers from this year.

Significantly, the World Bank is due to release its Ease of Doing Business (EoDB) ratings for India for 2020 shortly after Mr. Malpass’s visit, which the government has been focussed on improving.

In 2014, Mr. Modi had targeted bringing the ranking from 134 to 50 within three years. While the government did not reach that target, it is expected to improve its ratings considerably from 77 in 2019, and Mr. Malpass may speak about key reforms that need implementation by the bureaucracy.

Mr. Malpass’s visit follows the announcement that India has been ranked among the “Top 20 reformers for 2020” in the world, along with China, Pakistan, Bangladesh and Myanmar in the region.

Chief Minister Arvind Kejriwal said on Thursday that the Delhi government is ready to be a part of the regularisation of unauthorized colonies. “We invested ₹6000 cr. towards putting in place several amenities in these colonies over the last 4 years without waiting for an such move from the centre. We had given three to […]

Greens up in arms against proposal to widen road

The proposal to widen the Mananthavadi-Mattannur (Kannur international airport) road into four lane has drawn opposition from environmentalists in Wayanad, who fear that it could cause irreversible ecological damage. Wayanad Prakruthi Samrakshana Samiti president N. Badusha said the project posed a threat to the eco-sensitive region of Wayanad, which was recently devastated by floods. The […]