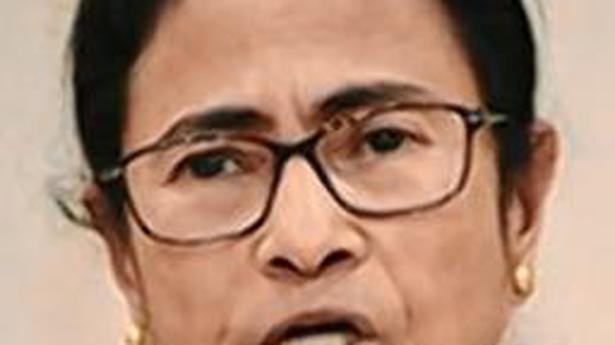 The film titled Baghini (tigress), finds itself at the centre of controversy for having a striking similarity with West Bengal Chief Minister Mamata Banerjee. The protagonist of the film has a strong resemblance with Ms. Banerjee and she is referred to as ‘Didi’ as it is usually done in Bengal. The one and half minute trailer of the film emphasises on the word “paribartan” (change), Ms Banerjee’s battle cry during left rule, a decade back. The trailer shows a woman clad in Ms Banerjee’s trademark white saree, blue and white slippers resisting land grab, protecting hapless peasants in Bengal’s countryside.

The director, Nehal Dutta, however, refuses to call it a biopic. He argued that the film tells “an emotional story about women’s empowerment”. “The film is about one Indira Banerjee not Mamata Banerjee, but yes it has been inspired by Mamata Banerjee,” Mr Dutta told The Hindu. The director has no hesitation is describing himself as “a fan” of the West Bengal Chief Minister. The film is all set for release on May 3.

While the BJP has asked the West Bengal Chief Electoral Officer to review the ‘biopic’ before release, the CPI(M)has submitted a memorandum to the EC seeking a a stay on the release of the film.

CPI(M) leader Niloptal Basu said that in all fairness this film should only be released after the elections are over.

Speeding and reckless driving on the Chengalpattu-Tiruchi National Highway would soon be a thing of the past, as the Tamil Nadu government is planning to put in place an unmanned automated system to track such vehicles on a trial basis. Presently, violations are captured manually by the Tamil Nadu Home (Transport) Department. Once the system […]

Twenty people have been detained and 130 booked in Hingoli district in Marathawada region of Maharashtra for allegedly damaging public property and rioting during separate protests against the contentious Citizenship (Amendment) Act, an official said on Saturday. The violence was reported in Kalamnuri town and Hingoli city in the district on Friday in which stones […]