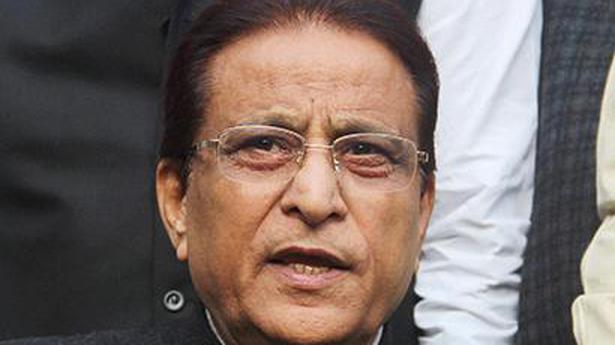 Samajwadi Party leader Azam Khan’s MLA son was detained on Wednesday for allegedly obstructing officials during a raid at Mohammad Ali Jauhar University in Rampur, triggering a protest by party workers. Till now, 2,500 rare, stolen books have been recovered from the university, founded by Azam Khan, in the raid which began on Tuesday, police said. SP MLA from Suar Assembly seat Abdullah Azam has been detained for obstructing the raids and creating hurdles in government work, Rampur SP Ajaypal Sharma said.

Presently 50 boxes of 2,500 rare books with stamps have been recovered, a senior official said, adding the probe in the matter is on.

The recovered books are ancient and valuable, he said.

Investigation in the case began on June 16 after Zubair Khan, principal of Oriental College in Rampur, earlier known as Madarsa Aliya, lodged an FIR alleging over 9,000 books were stolen and taken to the library in Jauhar University.

Madrasa Aliya is about 250 years old.

After news of Abdullah’s detention reached the state capital, SP leaders led by their state president Naresh Uttam gathered at the party office here and marched towards Raj Bhavan to meet Governor Anandiben Patel, hoping to get her to intervene in the matter.

They staged a dharna outside the governor’s official residence as they had not taken prior appointment.

Raising slogans against the Yogi Adityanath government, the SP leaders including MLAs and MLCs alleged their party men were being deliberately harassed and framed in fake cases.

“The BJP government is working to settle political vendetta. SP workers are murdered and being framed in fake cases. We will continue to fight for the cause of the people,” said Naresh Uttam.

The police, who used mild force, removed the protesters and took them to Police Lines.

The programme is beginning on Friday, which is World Biodiversity Day Source: thehindu.com Related

U.S. President Donald Trump will join Prime Minister Narendra Modi at Houston’s mega “Howdy, Modi!” event on September 22, the White House said on September 15. Reflecting on the new bonhomie in the India-U.S. ties under the Trump administration, this is for the first time in recent history that the leaders of the two largest […]

Farmer held for death of elephant near Talavadi hills

A day after a 40-year-old female elephant was found electrocuted at a farm land at Talavadi hills, forest department on Monday arrested the land owner’s son for putting up the illegal electric fence that led to the death of the elephant. The elephant had come into contact with an electric fence put up around a […]