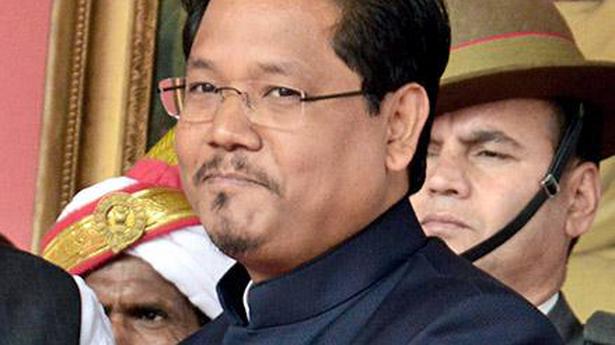 Organisations representing five minor tribes in Meghalaya have asked Chief Minister Conrad K. Sangma to intervene in the move to exclude them from the provisions of the Sixth Schedule of the Constitution.

The five minor tribes – Bodo-Kachari, Hajong, Koch, Mann and Rabha – are clubbed as “unrepresented tribes” for nomination in Meghalaya’s autonomous tribal councils. These councils are in the names of Garo, Jaintia and Khasi, the State’s three major matrilineal communities.

Parts or the whole of four Northeastern States – Assam, Meghalaya, Mizoram and Tripura – fall under the Sixth Schedule, which makes special provisions for “tribal areas”.

On September 26, a sub-committee on the amendment to the Sixth Schedule constituted by the State government decided to recommend to the Standing Committee of Parliament the removal of the word “unrepresented tribes” from the amended special provision.

“The Constitution of India says that the Sixth Schedule is specially meant for the welfare and advancement of the Scheduled Tribes, but the proposed amendment will deprive some of the STs of their constitutional rights in the district councils,” the Meghalaya Hajong Welfare Association said in its appeal to Mr. Sangma.

The association said it was also speaking on behalf of organisations of the other communities such as Meghalaya Koch Association, Meghalaya Rabha Jatio Sewa Sangha, All Bodo Students Union, Bodo Sahitya Sabha, All Meghalaya Mann Welfare Society, Hajong Students’ Union and All Rabha Students Union of Meghalaya.

The MHWA asked former CM and Congress leader Mukul Sangma to clarify on the issue.

The district medical and health department, in association with IMA-Karimnagar chapter, private hospitals and nursing homes, will conduct random medical checks in various parts of the Karimnagar to identify COVID-19 suspects and shift them to quarantine centres. The screening will be taken up on March 26 and 27 with the participation of ANMs, supervisors and […]

Sivaganga was also an option for Rahul Gandhi: Chidambaram

Stating that the Congress manifesto had become the principal talking point across the country, former Union minister P. Chidambaram, on Friday said Prime Minister Narendra Modi has been rattled by the development.   Speaking to The Hindu, the Congress leader said there was a delay in the party high command fielding his son Karti Chidambaram […]

Differently abled couples in Udaipur get married in mass wedding

Forty-seven differently abled and underprivileged couples tied the nuptial knot at a mass wedding ceremony and took a pledge against the dowry system in Udaipur. Narayan Seva Sansthan, a philanthropic institution, organised the ceremony on Sunday for persons it has helped out through corrective surgery. Thirty of the married couples were skilled through the Sansthan’s […]