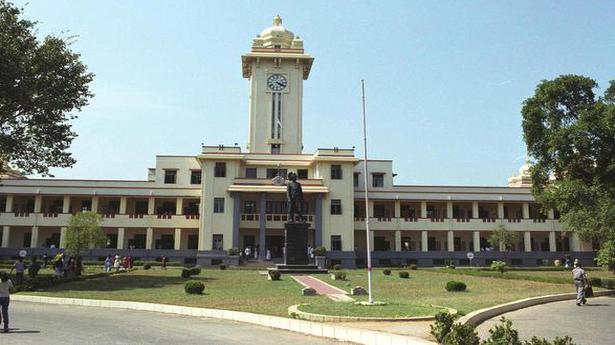 A third-year BA student of the University College in Thiruvananthapuram was stabbed inside the Kerala University campus on the morning of July 12, the police reported.

Akhil, a Political Science student, was sitting under a tree along with his friends when he was attacked.

He was rushed to the general hospital, police added.

The incident was preceded by a campus dispute between two groups of students belonging to the pro-CPI(M) Students Federation of India (SFI). Akhil belongs to the SFI.

Soon after the incident, angry students squatted on the road in front of the University gate and raised slogans demanding justice.

There is a large police presence in front of the campus.

Chief Minister Pinarayi Vijayan has said the two CPI(M) workers arrested by the police under the Unlawful Activities (Prevention) Act (UAPA) are Maoists. They were arrested while allegedly distributing Maoist pamphlets in Kozhikode. “They are Maoists and not CPI(M) workers. It is very clear,” the Chief Minister said in reply to a question at a […]

Civil rights groups here on Saturday launched a drive for bringing transparency in the Lok Sabha election by highlighting people’s “real issues” during the poll campaign, and gave a call for rigorous scrutiny of competing claims by different political parties. A yatra will also be taken out through various districts in Rajasthan next month to […]