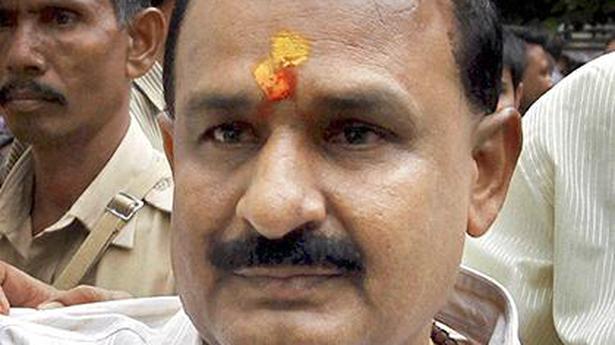 The Supreme Court on Thursday granted bail to Babubhai Patel alias Babu Bajrangi, the Bajrang Dal leader who is serving life term after being convicted in the 2002 Naroda Patiya riots case, on medical grounds.

A Bench headed by Justice A.M. Khanwilkar gave the order based on the bail plea of Bajrangi which stated that he was unwell for a long time and also had undergone bypass surgery.

In August 2012, a special SIT court sentenced Bajrangi to life imprisonment for his role in the communal violence that took place in the Naroda Patiya locality of Ahmedabad during the 2002 Gujarat riots.

The case pertains to the killing of 97 people, most of them from the minority community, in the Naroda Patiya area on February 28, 2002, a day after the Sabarmati Express was torched at Godhra, an incident that triggered riots across the State in which more than 1,000 people were killed.

The Gujarat High Court had in April last year upheld the conviction.

Weavers in Varanasi and adjoining districts are continuing their strike demanding restoration of the flat rate electricity bill and withdrawal of the Source: thehindu.com Related

The Tirumala Tirupati Devasthanams (TTD) has announced to conduct Srinivasa Chaturveda Havanam at Sri Sarada Peetham in Pendurthi, Visakhapatnam, from January 30 to February 3. Sri Swaroopananda Saraswati, pontiff of the Peetham, and his successor Sri Swatmanandendra Saraswati, will supervise the five-day event conducted under the auspices of the Hindu Dharma Prachara Parishat and the […]

In a bid to contain the further spread of COVID-19, the district administration has demarcated two more containment zones, taking the total number of Source: thehindu.com Related