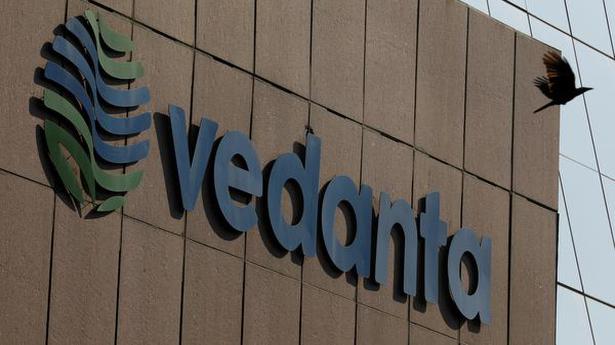 The Supreme Court on December 2 dismissed the interim plea of mining major Vedanta Ltd. seeking permission to inspect its Sterlite copper unit at Tuticorin in Tamil Nadu, which is closed since May 2018 over pollution concerns, and to operate it for four weeks to assess the pollution level.

Vedanta had sought handing over of the plant for three months saying it requires two months to start the unit and the company should be allowed to run it for four weeks to ascertain whether its polluting or not.

The interim plea by Vedanta was opposed by Tamil Nadu government which claimed before a Bench headed by Justice R.F. Nariman that the plant had been polluting consistently.

Senior advocate A.M. Singhvi, appearing for the mining major, told the apex court that it is a case of mala fide closure of the plant and Vedanta is producing 36% of copper demand of the country.

“Allow us to run [the plant] for four weeks and it can be proved whether we are polluting beyond the point,” Mr. Singhvi told the Bench, also comprising Justices Navin Sinha and K.M. Joseph.

Senior advocate Colin Gonsalves, appearing for some villagers who are residing nearby the plant, claimed that the unit should not be allowed to operate as water is getting contaminated there and people are suffering from diseases like cancer.

The Bench, while holding that interim plea of Vedanta cannot be allowed, said that final hearing in the matter can be heard after physical hearing starts in the apex court.

In August, Vedanta had moved the apex court challenging the Madras High Court order refusing to allow reopening of the Tuticorin plant. The High Court had upheld the orders of Tamil Nadu Pollution Control Board (TNPCB) directing closure of the unit in May 2018.

Vedanta had approached the High Court in February 2019, seeking to reopen Sterlite plant which was closed following a May 23, 2018 order issued by the TNPCB in the backdrop of violent protests against the unit which left 13 people dead in police firing on May 21 and 22, 2018.

It had filed the petition in the High Court as suggested by the Supreme Court, which had on February 18 last year set aside the National Green Tribunal order that allowed opening of Sterlite plant.

During the hearing conducted on December 2 through video-conferencing, Mr. Singhvi told the Bench that the plant can be allowed to be run on an experimental basis as its closure for over two year is a huge national wastage.

“In 1994, I [Vedanta] got the permission and I started in 1997 and gave employment to around 4,000 people,” Mr. Singhvi said, adding, “It appears that the respondent [Tamil Nadu] doesn’t want to allow its operation.”

He said 30 recommendations have been made by the Central and State pollution control boards.

“Closure was ordered on a PIL (public interest litigation). The pollution control boards made 30 recommendations and 29 were complied with and the District Collector had said that emission was within the emissions norms,” he said, adding that steps were taken as knee jerk reactions due to some agitation.

Senior advocate C.S. Vaidayanathan, appearing for Tamil Nadu government, said that the plant has been polluting consistently and it has only worsened after it was allowed to run by the apex court earlier.

“Till such time these findings of High Court on pollution are set aside, it cannot be allowed to run,” he said.

Senior advocate K.V. Vishwanathan, who also appeared for the State authorities, said Vedanta’s plea seeking re-opening of the plant has been rejected eight times by the court.

The Central Bureau of Investigation (CBI) has filed three chargesheets against Yadav Singh, former chief engineer of the Noida Authority, and 35 other Source: thehindu.com Related

This follows their exclusion from rights in Clause 6 of Accord Source: thehindu.com Related

Mr. Haasan said the initiative, ‘Naame Theervu’ is aimed at providing medical help, as well as protective equipment in places where people get together Source: thehindu.com Related