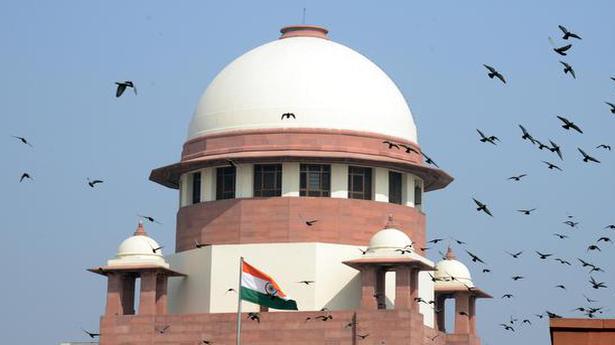 The Supreme Court on Monday upheld the Scheduled Castes and the Scheduled Tribes (Prevention of Atrocities) Amendment Act of 2018, which nullified its own controversial March 20, 2018 judgment diluting the stringent provisions of the Dalit protection law.

The Supreme Court had itself earlier recalled the March 20 judgment on October 1, 2019 in a review petition filed by the government. It had said it was wrong on the part of the March 20 judgment to treat all SC/ST community members as “a liar or crook”. It was against “basic human dignity”. The March 20 judgment had diluted the original 1989 legislation, saying they were using its provisions to file false criminal complaints against innocent persons.

Even while reserving the case for judgment, the Bench of Justices Arun Mishra, Vineet Saran and S. Ravindra Bhat had made it clear that it would neither upset the October 1 judgment nor dilute the provisions of the statute.

The government had enacted the Amendments, saying the Scheduled Castes and Scheduled Tribes continued to face the same social stigma, poverty and humiliation which they had been subjected to for centuries.

The 2018 Act had nullified a March 20 judgment of the Supreme Court, which allowed anticipatory bail to those booked for committing atrocities against Scheduled Castes and Scheduled Tribes members. The original 1989 Act bars anticipatory bail. The Supreme Court verdict saw a huge backlash across the country. Several died in ensuing protests and property worth crores of rupees was destroyed. The government reacted by filing a review petition in the Supreme Court and subsequently amended the 1989 Act back into its original form.

Several petitions were filed challenging the 2018 Amendment Act. The lead petitioner, advocate Prithvi Raj Chauhan, had even called the amendments a “blunder” and a violation of the fundamental right to equality and personal liberty. The Supreme Court, however, had refused to stay the implementation of the amendments.

The government had responded that there was no decrease in the atrocities committed on members of SC/ST communities despite the laws meant to protect their civil rights.

“The SC/ST (Prevention of Atrocities) Act of 1989 is the least which the country owes to this section of the society who have been denied several civil rights since generations and have been subjected to indignities, humiliations and harassment,” the government had argued.

Over 75 buses with migrants from Gujarat have entered the State so far Source: thehindu.com Related

The Journey So Far The Modi government has reiterated, in the new budget, that 17 sites in the country would be developed as world-class tourism destinations. An estimated 20 million Indians go abroad on vacation every year. PM Modi has urged this group to visit 15 destinations in the country by 2022 to give a […]