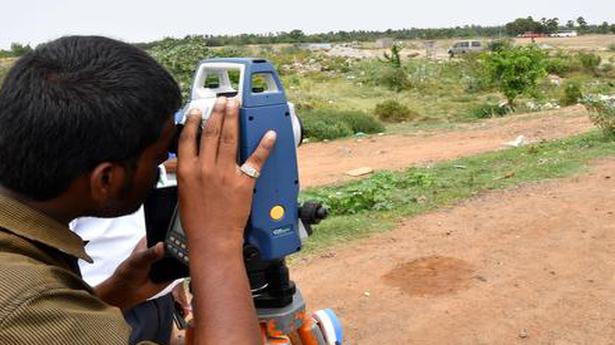 The Supreme Court on Tuesday set aside a Madras High Court decision to quash notifications issued by the Centre and the Tamil Nadu government to acquire land for the Chennai-Salem eight-lane expressway project.

However, the court set aside the mutation of revenue records transferring land into government property. Fresh notifications have to be issued with respect to these lands. Notifications are to be issued after getting the green clearance.

The judgment was based on appeals filed by the National Highways Authority of India (NHAI) and the Centre to vacate the order of the High Court quashing the land acquisition proceedings for the ₹10,000-crore road project.

The NHAI had maintained that the project was of national importance and did not require environmental clearance prior to land acquisition.

Solicitor General Tushar Mehta had argued “there is a separate procedure” in place for NHAI projects. He had likened getting environmental clearance before acquisition to “putting the cart before the horse”.

The ambitious 277.3-km-long greenfield project connecting Salem and Chennai under the Centre’s ‘Bharatmala Pariyojana’ scheme aims to cut travel time between the two cities by half to about two hours and 15 minutes. However, it has faced opposition from a section of locals, including farmers, over fears of losing their land, besides environmentalists, who are against felling trees for it. The project runs through reserve forests and waterbodies.

A Special CBI court in Ahmedabad on May 2 discharged former police officers D.G. Vanzara and N.K. Amin in the case of killing of Ishrat Jahan and three others in an allegedly fake encounter. The court approved their pleas to drop proceedings against them on the ground that the Gujarat government has decided to not […]

Several Congress leaders slammed Jyotiraditya Scindia on Tuesday for quitting the party, accusing him of betraying the trust of the people and placing “personal ambition” over ideology. Hitting out at Mr. Scindia, many Congress leaders referred to the 1857 revolt against the East India Company and the role of the Scindia royals back then as […]