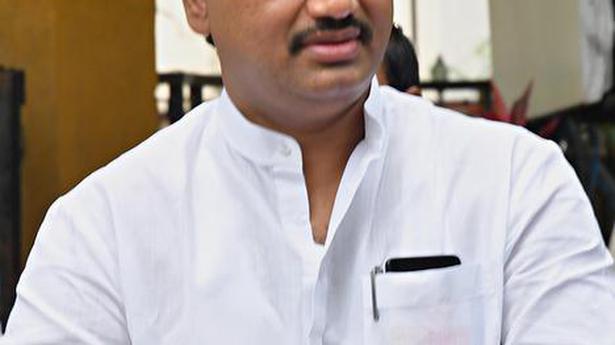 In some of the worst drought-hit districts of the Marathwada region, the upcoming Assembly elections are a battle of prestige among the region’s prominent political families. And taking centre stage is Beed district from where Rural Development Minister and Bharatiya Janata Party (BJP) leader Pankaja Munde is set for a close contest against her uncle’s son Dhananjay Munde from Parli Assembly constituency. In 2014, Ms. Munde, eldest daughter of late BJP leader Gopinath Munde, had defeated her estranged cousin by almost 26,000 votes.

While in Parli seat, the fight pits cousins, in neighbouring Beed an uncle is set to take on his nephew. The Nationalist Congress Party (NCP) has fielded Sandeep Kshirsagar against his uncle and State Minister for Employment Guarantee Jaydutt Kshirsagar, who is an import into the Shiv Sena from the NCP.

This contest too, like several others, is a battle to decide who will carry forward the family legacy, said Aniruddha Joshi, a local social worker whose work is focussed on water conservation and agriculture.

“The voters here have become used to a herd mentality,” observed Mr. Joshi. “They follow a family for generations. It is from an unknown fear that new candidates do not come forward to fight the elections here. Therefore, tickets are distributed usually between the same families for years on end. It is the worst form of dynastic politics,” he opined.

In neighbouring Gevrai, the BJP’s Laxman Pawar is now pitted against Amarsinh Pandit, whose uncle Badam Rao was defeated by Mr. Pawar in 2014. Mr. Amarsinh and Mr. Pawar too are distant cousins. “I voted for lotus [the BJP’s symbol] last time around and would repeat the same sign irrespective of the water shortage and lack of infrastructure in this region,” said local onion vendor Sheikh Mohammad. “I cannot trust a new candidate,” he adds.

Latur district too is witnessing a family fight with the Congress fielding Ashok Nilangekar, who is locked in a close contest with his late brother Dilip Nilangekar’s son and BJP candidate Sambhajirao Patil-Nilangekar.

Both Beed and Latur districts have been the worst affected by drought in the past decade. While Beed has been receiving water through private tankers, Latur is importing water from across the State’s border by rail. Experts have even warned of ‘desertification’ of the parched Marathwada region in the near future.

The severity of the drought notwithstanding, Mr. Munde said local election campaigning did tend to bank on emotions related to family ties. “If our fathers and forefathers have been great leaders of this land, what is the harm if we invoke them every now and then. We have to respect their legacy, and people’s sentiments towards them,” he added.

Desperate farmers say they are eager to quit tobacco cultivation

Farmers in the traditional tobacco-growing areas in Prakasam and Nellore districts very well know that there is no future as the signatories to the Framework Convention of Tobacco Control (FCTC) of the World Health Organisation (WHO) are committed to facilitating a reduction in tobacco cultivation in phases. The farmers, both in the Southern Light Soil […]

Hundreds of locals gathered at Thullur, where they took out a procession demanding the AP Government not relocate the State Capital from Amaravati. Even as police forces continued to keep vigil, locals including women, took part in the procession. The protests entered the 20th day, and the situation continues to be volatile in the region. […]

The Union Budget for 2020-21 has evoked strong reactions from various stakeholders with LIC employees staging a flash demonstration on learning that the government plans to partially disinvest from LIC. The announcement of partial disinvestment was made around 12.30 p.m. during the budget speech by the Finance Minister Nirmala Sitharaman and the employees immediately gathered […]