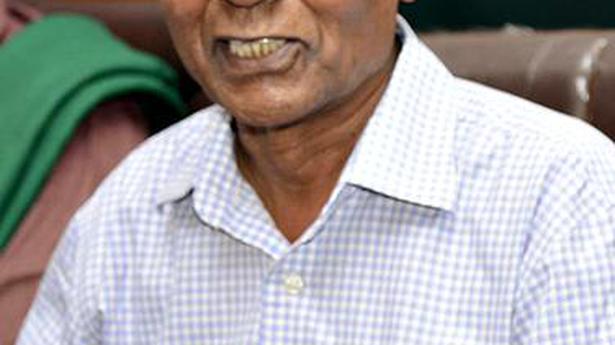 The Janandolana Maha Maitri (JMM), a congregation of Samaj Parivarthan Samudaya (SPS), Citizens’ For Democracy (CFD) and other progressive organisations will hold a national symposium on ‘Crisis in democracy: Its root causes and possible solutions’ at Karnatak Vidyavardhak Sangha on March 17.

A release by SPS founder president S.R. Hiremath stated that the symposium would be part of a nationwide campaign for the restoration of democracy and Constitution by these organisations. Eminent thinkers and speakers, including Gopalkrishna Gandhi, Justice A.P. Shah, S.P. Shukla, Prashanth Bhushan, Yogendra Yadav, Ravi Chopra, and others, will share their ideas on this occasion, he said.

Mr. Hiremath said that the greatest challenge before civil society was the restoration of democracy by soundly defeating the BJP and Sangh Parivar and their retrograde ideology, which has contributed to the most serious crisis for democracy posing gravest danger to the idea of India which evolved during the freedom struggle. This apart, a systematic approach has been made to dismantle the democratic institutions like RBI, CBI, CVC, judiciary, and education, and to damage the very social fabric of the country, he added.

The event ‘Reclaiming the Republic’ through the people’s movement too will be held from June across the country as the Mahagatbhandan had no solutions to the most pressing problems of this country, he said.

At a time when the country was at crossroads, the people need radical and inclusive politics, based on the ideals of the Constitution, especially the Preamble and Directive Principles of State Policy.

Only a strong movement like the freedom movement can contribute to the political education of our fellow citizens, especially the youth. It will lead to the creation of a new generation of leadership inspired by the ideals and clarity of thought, Mr. Hiremath said.

Accused, witness fail to turn up for trial

The trial in the Kalamassery bus burning case could not begin at the NIA court after the prime witness and some of the accused persons failed to turn up here on Friday. A summons was issued to Krishnaswamy of Salem, the prime witness and driver of the bus belonging to the Tamil Nadu Transport Corporation. […]