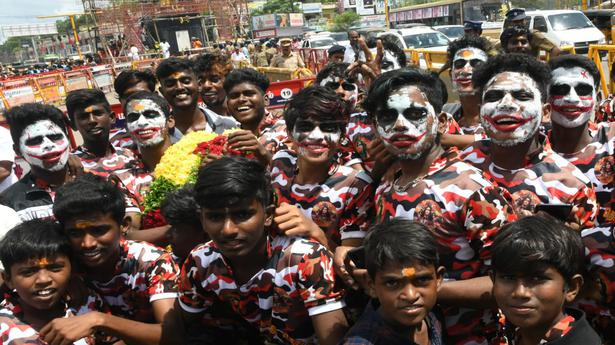 The guru puja of the freedom fighter is being observed as an official function of the State government every year.

The Chief Minister and others would pay floral tributes at Thevar’s memorial at 9 a.m.

In Chennai, Ministers would pay floral tributes at the Thevar statue on Anna Salai in Nandanam at 10 am on the same day which is also Thevar’s 112th birth anniversary.

As the indefinite strike by doctors affiliated to the Federation of Government Doctors Association entered the third day on Sunday, the Tamil Nadu Medical Students Association (TNMSA) has decided to support the strike from Monday. TNMSA, which comprises house surgeons and post graduates, in a press release stated that they would take part in forthcoming […]

To avoid inconvenience to people, the Ministry of Road Transport and Highways on Sunday said toll plazas along national highways could operate 25 % of the lanes as hybrid lanes (lanes that accept both FASTags and cash payment) for the next one month. FASTag, the system that uses Radio Frequency Identification (RFID) technology to enable […]

Sprinter Dutee Chand, who hails from the Jajpur district of Odisha, has announced that she is keen to join politics. “I have always wanted to join politics since childhood. My family has also been involved in grassroots politics,” she tweeted on Monday. “I will continue my career in sports and will join politics when a […]