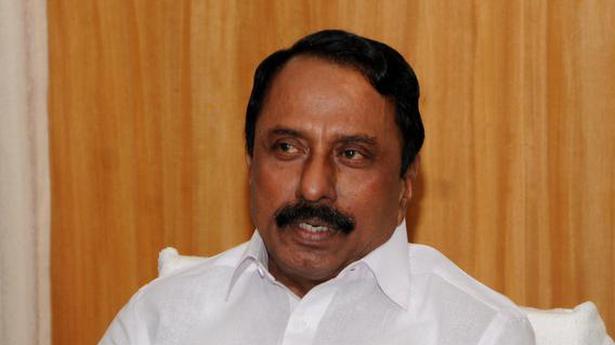 Around 45% of parents of school students gave their feedback on whether schools should be reopened for classes 9 to 12, and Chief Minister Edappadi K. Palaniswami will announce the State’s decision on the issue on November 12, said School Education Minister K.A. Sengottaiyan in Gobichettipalayam Taluk on Tuesday.

Addressing the media after distributing Deepavali bonus to members of milk co-operative societies at Siruvalur and Vettaikarankovil villages, the Minister said that only 45% of parents participated in the consultations held at schools across the State on Monday. “A final decision on reopening the schools on November 16 will be taken by the Chief Minister and he will make an announcement,” the Minister said.

The Minister said that 16,300 students had registered for NEET free online coaching classes, and classes began for them on Monday. The State government has provided 7.5 % horizontal reservation for NEET-qualified State government school students in undergraduate medical courses.

Nearly 5.18 lakh students got admitted to government schools in the current academic year. “School uniforms, shoes and socks were ready and will be distributed to them soon,” he added.

This will ensure security of details collected in Cloud system Source: thehindu.com Related

As polling continued in six Lok Sabha and 42 Assembly constituencies in the third phase in Odisha, Chief Minister and Biju Janata Dal (BJD) president Naveen Patnaik cast his vote at a booth under Ekamra Assembly segment of the city on Tuesday. The Lok Sabha seats where polling was progress since 7 am are Puri, […]