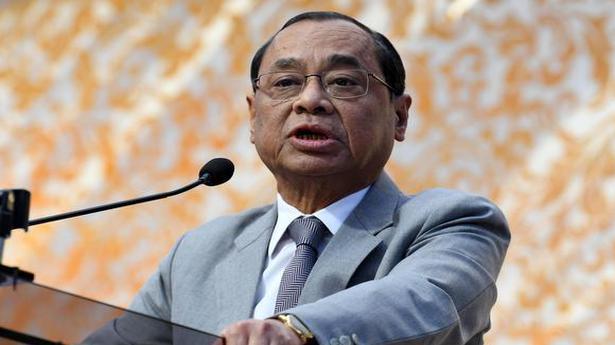 : The Tamil Nadu State Election Commission informed the Supreme Court on Tuesday that delay in local body polls is due to the ongoing delimitation of wards in accordance with the 2011 Census.

Appearing before a Bench led by Chief Justice of India Ranjan Gogoi, senior advocate P.S. Narasimha submitted that the delimitation was taking time and would be done by September.

The Bench asked the Commission to file an affidavit and posted the matter for July 17.

Local body elections have not been held from 2016. The Madras High Court had directed the holding of the polls by May 31.

In its reply affidavit, the Tamil Nadu government had said it never shied from its constituional responsibilities. The reason for not conducting the polls since 2016 was a necessary corollary of the need for delimitation of wards according to the 2011 Census.

The Commission has, according to the State, said there had been a delay in getting soft copies of the current electoral rolls from the Election Commission of India to be handed over to the National Informatics Centre. Lack of district administration machinery due to the general election was cited as another reason.

The Delimitation Commission had submitted for government approval its recommendations for reservation of newly delimited wards for Scheduled Castes, Scheduled Tribes and women based on the Census.

The government said it had appointed Block Development Officers as special officers of village panchayats for uninterrupted discharge of civic maintenance responsibilities under the Tamil Nadu Panchayats Act 1994.

It clarified that ample funds had been released to village panchayats on time for carrying out civic works.

The Government of India has directed the Central Armed Police Forces (CAPFs) to prepare quarantine facilities with a bed capacity to admit over 5,400 people to deal with cases of coronavirus across the country, officials said on Monday. Also read | Pune couple tests positive for COVID-19 These forces have also been asked to create […]

Traffic was affected on the Bengaluru-Mysuru highway here for a while on Monday after members of the Karnataka Rajya Raitha Sangha (original faction) staged a protest demanding establishment of paddy procurement centres across the district. They also urged the State government to revive Mysore Sugar Company Ltd. (Mysugar) in the town and the Pandavapura Sahakari […]

The accident is the latest one in a string of mishaps involving migrant workers returning to their native States amid the coronavirus lockdown. Source: thehindu.com Related