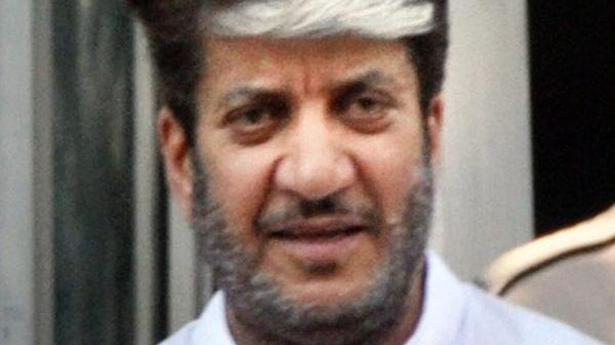 The Enforcement Directorate has attached a property linked to Kashmiri separatist leader Shabir Ahmad Shah in connection with an alleged terror financing case.

The attached property is located in Srinagar’s Effandi Bagh and is in the name of Mr. Shah’s wife and daughters.

“He has been involved in carrying out illicit activities along with his accomplice Mohammed Aslam Wani, who is an activist of banned militant organisation Jaish-e-Mohammed. He was using Aslam Wani as a carrier for collecting ‘hawala’ money sent by his Pakistan-based sympathisers to deliver the same in Srinagar,” said the agency.

The ED probe is based on a chargesheet filed by the Delhi Police. According to the agency, Mr. Shah admitted that he did not have any source of income and he failed to explain any legitimate source of money for his expenses.

“Investigation also revealed that he was in touch with the global terrorist Hafiz Saeed, chief of banned outfit Jamaat-ud-Dawa based in Pakistan. He had been receiving money for carrying out separatist activities in J&K and has acquired various properties through a maze of dubious transactions,” the agency alleged.

Mr. Shah and his associate were arrested by the ED in 2017. Mr. Wani was granted bail by the Delhi High Court in January, while Mr. Shah remains in judicial custody.

The police chargesheet has revealed that in 2005, Mr. Wani was apprehended with 5 kg of explosives, one pistol with 15 live cartridges and ₹62.96 lakh in cash. During questioning, he purportedly disclosed that ₹52.96 lakh belonged to Mr. Shah and had to be delivered to him in Srinagar.

“He had further revealed that Mr. Shah was directing ‘hawala’ operators from Pakistan to deliver money to him in Delhi. In the past also, Mr. Wani had been acting as a carrier for him and has delivered ₹2.08 crore on various occasions. In his absence, the cash would be handed over to his wife Bilquies Shah,” it is alleged.

This academic year, the State government launched English-medium sections in 1,000 government primary schools amid much fanfare and controversy. However, the move is against the draft National Education Policy 2019 which advocates that the medium of instruction at least till grade 5 be in the mother tongue. The draft policy states that “when possible, the […]

The National Investigation Agency (NIA) has filed an application before a special court in Pune seeking transfer of the Elgaar Parishad case records to the special NIA court in Mumbai. According to sources, the agency filed the criminal miscellaneous application before Additional Sessions Judge (special) S.R. Navandar late on Wednesday. The Pune court has posted […]

Dr. D. Ayyappa, former vice chancellor of Alliance University, was allegedly hacked to death on October 15 night. His body was discovered at HMT Ground in RT Nagar on October 16, around 6 am. According to the police, the victim had stepped out of his house for a walk after dinner at around 11.30 pm. […]