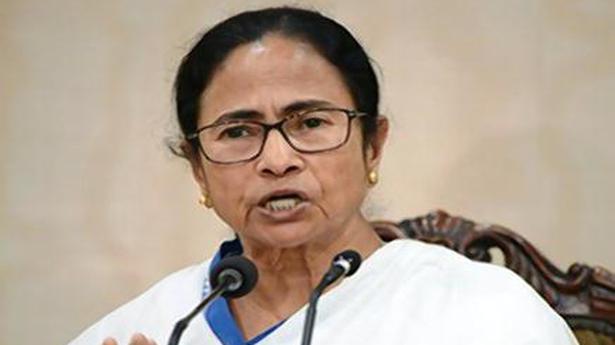 Hours after Trinamool Congress MP Dinesh Trivedi demanded a formal police investigation into the AG’s claim in the Supreme Court about “stolen documents” in the Rafale deal on Wednesday, West Bengal Chief Minister Mamata Banerjee said she condemned the “threats by the BJP” to N. Ram, Chairman of The Hindu publishing group.

“Media plays an important role in democracy. I strongly condemn threats by BJP govt [government] to one of India’s most senior & respected editors, N Ram. Invoking Official Secrets Act to threaten journalists is a shame.”

“They cannot curb freedom & rights of the press as per their convenience,” Ms Banerjee tweeted.

Ms. Banerjee was reacting to Attorney-General K.K. Venugopal’s submission in the Supreme Court on Wednesday that the “secret” documents published by The Hindu on the purchase of 36 Rafale jets were “stolen” from the Ministry of Defence, probably by former employees.

The AG further said the government is thinking of taking “criminal action” under the Official Secrets Act. He submitted that the publication of secret defence documents had put national security at risk and affected relations with friendly foreign powers.

The Moradabad administration has slapped a fine of ₹1.04 crore on poet-politician Imran Pratapgarhi for violating Section 144, participating in an anti-Citizenship (Amendment) Act (CAA) protest in Moradabad, Uttar Pradesh, and allegedly instigating protesters at the Idgah ground. Listing the amount of money being spent on the security arrangements to maintain law and order during […]

The government on Thursday issued guidelines for home isolation through G.O. Rt. No. 226 to be followed by all foreign returnees or his/her contacts or persons showing COVID-19 symptoms. It stated that home isolation is applicable to all foreign returnees or their contacts or persons with symptoms like fever, dry cough, sore throat and/or breathlessness. […]

District Election Officer and Collector K.S. Kandasamy launched the first-round of training programme to booth-level officers and explained to them the operation of electronic voting machines (EVMs) and control units for the April 18 elections. The training was imparted to the officers handling polling in 2,374 booths in eight Assembly segments of the district covering […]