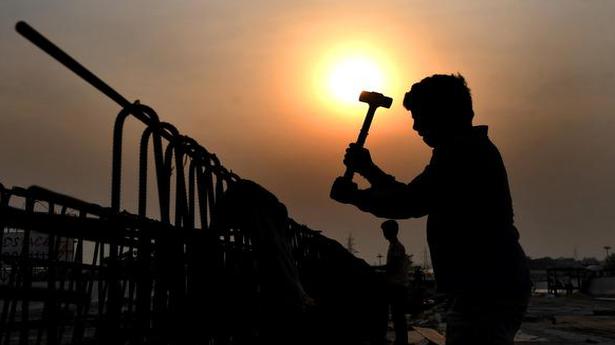 May 1 is a metonym for International Workers Day, a day of celebration of the working class. Behind it lies a history dating back over one-and-a-half centuries.

The roots of May 1 can be traced to the second part of the 19th century when there were revolutions, and organisations behind which industrial workers rallied. Countries including Germany, France, England, the US saw demand for reducing work time from 12-15 hours a day to eight hours.

The Communist Manifesto written by Karl Marx and Engels in 1848 had a great impact on workers across various countries that were feeling the heat of industrialisation.

Crop failure in the 1840s led to widespread anti-feudal upheavals called ‘The Revolutions of 1848’. As a result the International Workingmen’s Association, known as the First International, was born in 1864 as an umbrella association for all socialist and communist organisations, at a workers’ congregation in London.

Historically, an event is referred to as the origin of May 1 as Workers’ Day — the Haymarket Affair or the Haymarket massacre. When labourers assembled at the Haymarket Square in Chicago on May 4, 1886 and took out a rally for eight-hour work day, a bombing attack was mounted on them by some unknown forces. Police firing and loss of 11 lives were reported at the rally that ended in riot.

Scholar of labour studies William J. Adelman says about the Haymarket Affair: “No single event has influenced the history of labor in Illinois, the United States, and even the world, more than the Chicago Haymarket Affair. It began with a rally on May 4, 1886, but the consequences are still being felt today. Although the rally is included in American history textbooks, very few present the event accurately or point out its significance.”

As for May Day in India, the country witnessed the first celebration of Labour Day in 1923 in what was then Madras. Led by Singaravelar, leader of the Labour Kisan Party of Hindustan, two meetings were held, one at Triplicane Beach and one near the Madras High Court. It was at these meetings that a resolution was passed urging the British government to declare May 1 as Labour Day and also a government holiday. It was the first occasion in India on which the red flag was used.

There is another aspect to the popular phrase May Day. It has ancient roots in several countries. The better known is the Festival of Flora in the old Rome which was billed as May celebration. Flora was the goddess of flowers, and the festival was marked by song, dance and theatrical performance.

Another May Day celebration was in praise of Dionysus and Aphrodite, the Greek gods of grape harvest and love respectively.

There is also ‘Mayday’, which is a distress call made by ships and aircraft.

What is the connection between May Day and Mayday? Nothing. For, Mayday is an anglicised version of the French ‘m’aidez’ meaning “help me.”

Karnataka Rajya Raitha Sangha (KRRS) and Hasiru Sene, in association with the Centre of Indian Trade Unions and Karnataka Prantha Raitha Sangha, staged a demonstration in Mysuru city against the India visit of the U.S. President Donald Trump, which began on Monday. The KRRS and others expressed concern that the U.S. would bring pressure on […]

The inclusion or exclusion of a person in the star campaigner list was the prerogative of the party and was outside the jurisdiction of the EC, adds Vivek Tankha Source: thehindu.com Related