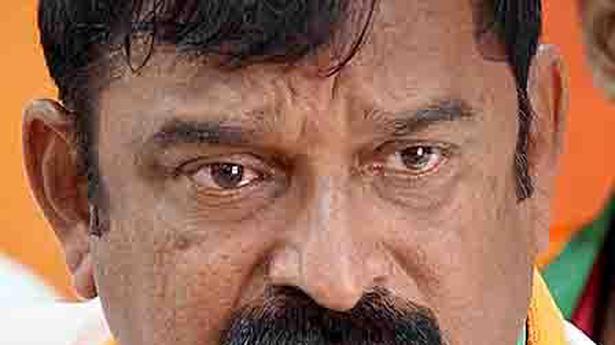 The exodus of leaders from the TDP to the BJP had just begun and, in the coming days, the regional party would be in a real bad shape, former BJP MLA P. Vishnu Kumar Raju said on Friday.

He was reacting to the four TDP Rajya Sabha members joining the BJP on Thursday and the speculation that 15 MLAs were likely to cross over to the saffron party. “I cannot comment on the MLAs right now. But the writing is on the wall. The TDP will face a major problem in retaining its leaders in the coming days,” he said.

Most of the TDP MLAs and MPs, who had either moved to the BJP, or were contemplating to switch over to the BJP or any other party, were doing so because they cannot face the YSRCP in the Assembly because their (TDP) governance was ridden with corruption, Mr. Raju said.

“What face do they have when they are questioned or cornered over the large-scale corruption during their five-year rule? Do they have a convincing reply if they are questioned as to how and why prime government and private lands were given away for peanuts to a private party to accommodate the LuLu Group project on the Beach Road in Visakhapatnam?” Mr. Raju questioned.

Elaborating on the LuLu Project, he said large chunk of government land, which was valued at hundreds of crores of rupees, was given away to a private party for an annual income of ₹6 crore.

“What was the rationale? And, moreover, this is just one case. There are many such cases. The TDP MLAs will now face the heat, especially during the upcoming Question Hour in the Assembly,” he said.

Commenting on four TDP MPs –Y.S. Chowdary, C.M. Ramesh, Garikapoati Mohan Rao and T.G. Venkatesh – joining the BJP, he said, “They are not elected MPs and do not have much public connect. They will not make much of a difference.”

But he was fast to add that the TDP had no right to seek their disqualification as it engineered defection of 23 YSRCP MLAs during its rule.

The Bombay High Court on Thursday came down heavily on the Maharashtra government for dragging its feet over financial aid to Wadia Hospitals for women and children, and said the government has money for statues but not for public health. A division bench of Justices S.C. Dharmadhikari and R.I.Chagla was hearing a public interest litigation […]