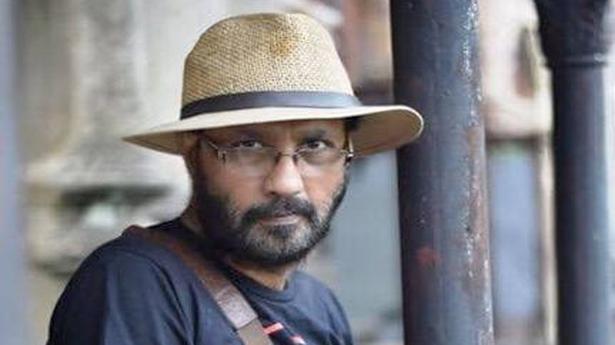 A court in Kolkata on Saturday remanded theatre personality Sudipto Chatterjee to two days in police custody on the basis of allegations of sexual assault registered by a student. Mr. Chatterjee was arrested on Friday by the Kolkata Police after a complaint filed at the Phoolbagan police station, Joint Commissioner of Kolkata Police (Crime) Murlidhar Sharma told The Hindu.

This latest case of sexual harassment in academia came to the fore after the survivor went public on social media with details of the harassment she allegedly suffered. The alleged incident had occurred in March this year but it was not before October 17 that the survivor decided to go public.

In the Facebook post, the survivor alleged that Mr. Chatterjee, who taught at a private institute where the survivor is a student, asked him to come to his residence and sexually assaulted him on the pretext of teaching her acting.

“It is an open secret in the circuit, that Sudipto Chatterjee has been a serial sexual molester. There have been too many victims, however, he always had gotten away with this because the survivors couldn’t come out with their traumatic experiences,” the survivor wrote in her post. The post went viral, drawing widespread condemnation from different circles. According to reports, Mr. Chatterjee resigned from the institute after the student lodged a formal complaint there.

According to police, two separate FIRs have been registered by two women, including the student, both alleging sexual assault. The other woman lodged an FIR at Beleghata Police station. Alleging that she was molested in May, she too wrote a post on Facebook, saying she stood by every word of the student.

During a hearing in the court, public prosecutor Arup Chakraborty said that the accused had tried the same trick of calling the survivors home and allegedly molesting them on the pretext of teaching acting.

Mr. Chatterjee’s lawyer Subhendu Saha said his client was a “renowned actor” and all what he has done was “to teach acting to these women”.

“While allegations of sexual harassment in the theatre community of Kolkata have come up in the past, this is the first time there has been an arrest. We hope this incident serves as a deterrent against harassment of women in future,” Panchali Kar, theatre artiste, who organised protests at the Academy of Fine Arts during the day.

Ms. Kar said that the theatre community of Kolkata stood by the survivors and sought punishment for the accused.

Voters of Maharashtra will take care of cowards who quit the party, said Nationalist Congress Party (NCP) president Sharad Pawar on Sunday. He was addressing a rally in Navi Mumbai, days after the NCP’s strongman in the region, Ganesh Naik, and party MP from Satara, Udayanraje Bhosale, joined the Bharatiya Janata Party (BJP). Mr. Pawar […]

Madhya Pradesh Chief Minister Kamal Nath has dared senior party leader Jyotiraditya Scindia to carry out his threat of taking to the streets over unfulfilled promises in the party manifesto, saying “let him do”. Mr. Scindia told presspersons that “If the Congress makes a promise, it meets it. Otherwise, we will have to take to […]

K.S. Eshwarappa, Minister for Rural Development and Panchayat Raj, has said that a detailed discussion on the issue of FIR filed against Congress pres Source: thehindu.com Related