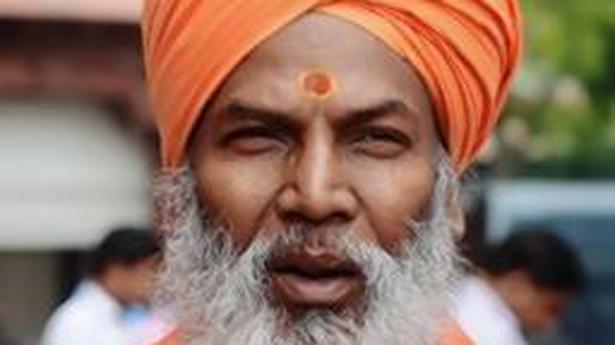 BJP MP Sakshi Maharaj has said that the upcoming Lok Sabha polls will be fought in the name of the country and there will be no elections after that.

“The Modi tsunami has awakened the country. I feel there will be no election in 2024… this is the only election and we are fighting it in the name of the country with full honesty,” Sakshi Maharaj said during a party programme in Unnao on March 15.

The MP, who is known for making controversial remarks, said the Modi wave of 2014 has turned into a tsunami in 2019 and no one can stop him from becoming Prime Minister again. “I think the results will be better than before,” he said.

“Some people are doing all kind of things… bringing Priyanka (Gandhi Vadra) or forging alliances but our leader is Modi and everyone has been saying Modi hai to desh hai. These elections will not be fought in the name of any party or Sakshi Maharaj, but in the name of the country,” he said.

Ration card holders in Kerala and Karnataka, as well as in Rajasthan and Haryana, will be able to buy subsidised food from ration shops in the neighbouring State from next month, Food Minister Ram Vilas Paswan said on Tuesday. With effect from October 1, these two new clusters will join the existing State pairs of […]

Thirty three people, most of them in their 20s, drowned during the immersion of Ganesh idols in Maharashtra, Madhya Pradesh and Delhi, officials said on Friday. Some of the dead were minors, they said. In Madhya Pradesh’s capital Bhopal, 11 people died when two overcrowded country boats carrying a 20-ft. tall idol for immersion in […]

The Supreme Court on Friday gave the authorities time till September 20 to demolish the illegal apartment blocks at the Maradu panchayat in Ernakulam district of Kerala for violating stringent coastal zone regulations. A Bench of Justices Arun Mishra and M.R. Shah further directed the Kerala Chief Secretary to be present in the courtroom on […]