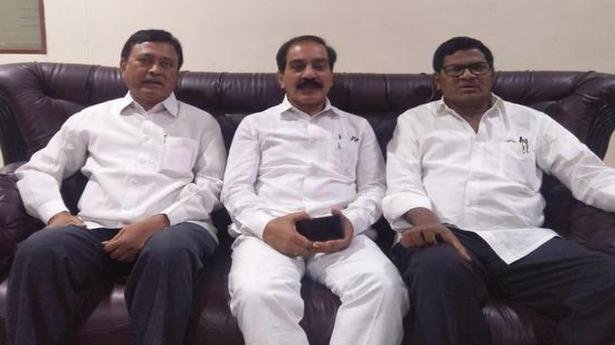 Addressing a media conference here, Mr. Gafoor alleged that all pharmaceutical companies were minting money with huge profits every year but they were not spending even 1% of their income as salaries. He said that the all the trade unions would organise agitation on February 25, 26 and 27 to highlight the poor condition and meagre wages of labourers of pharmaceutical companies.

Mr. Rajasekhar said that the trade unions would chalk out a joint action plan over minimum wages issue since many companies were not paying even ₹9,000 per month to many labourers. He said that rapid privatisation had become detrimental to the interests of the workforce in the country. He said that the amalgamation of labour laws would deny legitimate rights of workers and it would benefit managements in all ways.

A spectator was gored to death by a bull during Hori Habba,a bull-catching event held in Chikkamagadi village in Shikaripur taluk on Monday. The deceased has been identified as Ashok, 40, a resident of the same village. He was standing with his friends near the point where the bulls were released into the ring. The […]

A verbal spat has erupted between Union Minister Babul Supriyo and a Muslim college student in which he has threatened on social media to pack off the youth to “his own country” for his post seeking to know the BJP MP’s “education level”. The student, Mustafizur Rahman, said on Friday that he wanted nothing but […]