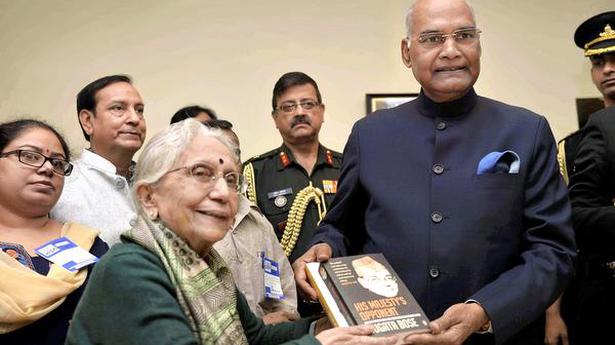 Bose was a three-time Lok Sabha MP and is survived by two sons, Sugata Bose and Sumantra Bose, and a daughter, Sarmila Bose. She was suffering from heart-related ailments and breathed her last at a private hospital in the city at 10.20 a.m. on Saturday.

A well-known educationist, Bose taught at a number of educational institutions in Kolkata for almost four decades and authored many books. She was chairperson of Netaji Research Bureau. The body will be kept at Netaji Research Bureau on Elgin Road and the final rites will be performed today. She was active in social and cultural spheres and never shied from voicing her opinion.

Applauding Narendra Modi’s commitment to tackle climate change, U.S. House of Representatives Speaker Nancy Pelosi on Wednesday said the Indian Prime Minister has upheld the values of Gandhi by taking on the challenge that poses an existential threat to the planet. Referring to the “commitment” shown by Mr. Modi in ensuring that the agreement on […]

There won’t be elections after 2019 Modi tsunami: Sakshi Maharaj