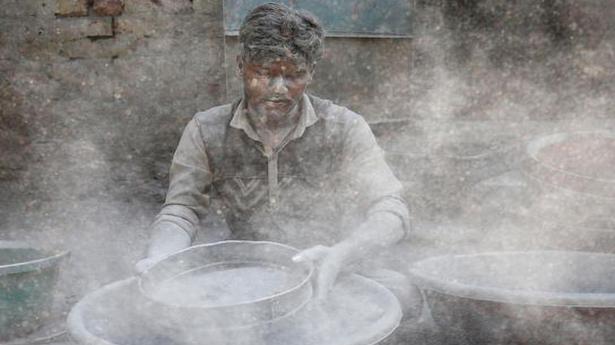 The police identified the victims as G. Ganesan (38) of Thiruvengadapuram, Sudha (32) of Watrap and R. Muruga Saraswati (29) of Alangulam. Fire and Rescue Service personnel put out the flames.

The police said that friction while handling chemicals caused the fire in which Mr. Ganesan suffered 50% burns.

The incident is being investigated by Maraneri police.

A six-year-old girl was raped and murdered in the Silachari area of Agartala on Thursday. The police arrested a 35-year-old man believed to be involved in the crime that took place at Ghoragappa. “His involvement will be confirmed after getting the post-mortem and forensic reports,” a police officer said. Source: thehindu.com Related

What are the laws in place to tackle illegal non-citizens?

The story so far: The Home Minister Amit Shah’s announcement in the Rajya Sabha earlier this week that a National Register of Citizens (NRC) will be implemented across India, and repeated again in Assam, has ignited interest in the existing legal framework in India for illegal migrants. The first enactment made for dealing with foreigners […]