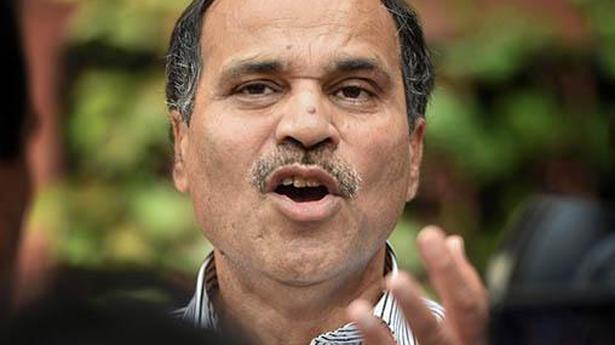 A four-time MP, former Union Minister and former Bengal Congress chief, Adhir Ranjan Chowdhury is perhaps the only Opposition leader in West Bengal who can confront Chief Minister Mamata Banerjee head-on. In an interview with The Hindu, Mr. Chowdhury speaks on why the Trinamool is yet to open its Lok Sabha account in central Bengal. Excerpts:

Nearly 50% of Congress MLAs and local leaders in Murshidabad have left the party to join the Trinamool Congress. It is now being said that Adhir Chowdhury is in deep trouble despite winning the Baharampur seat for 20 years.

They [TMC] have poached a few of our men by coercion and [they] think it would increase their strength. They made a mistake. The people make leaders… not the other way round. [TMC] snatched leaders from us but not the people. People are with us.

Mamata Banerjee has said that the RSS is trying to ensure your victory.

What Mamata Banerjee says is not important. Before she became a State leader we [Congress] captured seats in Murshidabad from the all-powerful Left. The TMC is yet to enter central Bengal and thus she has initiated special care to defeat Adhir Chowdhury.

Trinamool’s strategy is not to disturb the BJP in Murshidabad. In the last panchayat polls, the TMC did not let the CPI(M) and the Congress [candidates] file nominations, but did not bother the BJP. They are helping the BJP to grow here while claiming that the RSS is helping me to wean away Muslim votes which the Congress has been getting for decades in central Bengal. Since this is a 70% Muslim district, the TMC feels this strategy would work.

Your meeting a few months ago with [U.P. Chief Minister] Yogi Adityanath fuelled this speculation.

I met him as residents of my district were targeted in Uttar Pradesh. Is it reasonable to claim one is joining another party if he meets a Chief Minister of that party? I met Narendra Modi too. The TMC leaders, even Mamata Banerjee, met Modi and [Union Home Minister] Rajnath Singh. Mamata is promoting the BJP in central Bengal to split the Congress’ Hindu vote and spreading rumours against me. This strategy won’t work.

The BJP cadres are disappointed with the party candidate in Baharampur [Krishna Juardar Arya]. They say the BJP has put up a non-candidate to ensure your victory.

The BJP never got great candidates here. Its big leaders won’t contest from Murshidabad as there is no future for the BJP here. So whoever they got, they nominated.

The CPI(M) is campaigning for you even without an alliance with Congress.

Tacitly in some place [and] may be directly as well in other places. However, their base has eroded.

But the CPI(M) is backing you?

You did not attend Rahul Gandhi’s meetings in Malda.

I did not go intentionally. This is bhoter bazar [election time]. It is important for me to spend time in my district where the Congress has a chance of winning seats… rather than attend meetings.

Improvement of greenery and sanitation in villages should be accorded top priority in implementation of the Palle Pragathi programme to foster inclusive growth and all-round development of villages, said Transport Minister Puvvada Ajay Kumar. He was speaking at the Panchayat Raj Sammelan held here on Thursday. The meeting was attended by all elected representatives of […]

No Chief Minister or political leaders from other States will be part of the Aam Aadmi Party convener Arvind Kejriwal’s oath ceremony at Ramlila Maidan here on February 16, said senior party leader Gopal Rai on Thursday. Mr. Kejriwal will take oath as Chief Minister for a third term in a “Delhi-specific” ceremony, Mr. Rai, […]

Rahul reaches out with dialysis kits