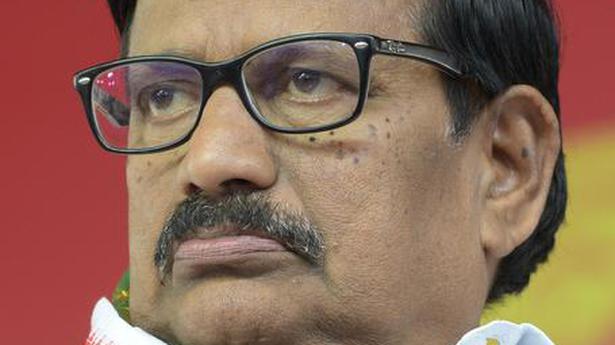 ​“If the taint over the TNPSC has been to be removed, it cannot be done through the CB-CID investigation that is under the control of the State government. The ruling dispensation will only try to cover up and save those guilty in the TNPSC,” Mr. Alagiri said in a statement.​

​Mr. Alagiri said the malpractices in the examination, in which 99 candidates have been debarred for life, has put a question mark over the employment opportunity to lakhs of students. “We can only consider this scam on a par with the scam in Madhya Pradesh. This is Tamil Nadu’s Vyapam,” he said.​

​The TNCC president said there were doubts over the speed at which TNPSC officials have claimed that no other malpractice had taken place in over 5,000 examination centres where more than 16 lakh students had written the exam. ​

​“A few years ago, question papers for the Group-II exam conducted by the TNPSC had been leaked. If the TNPSC had acted strictly and taken necessary measures then, the current scam could have been prevented,” he said.​

​Mr. Alagiri claimed that there were enough signs to believe that the TNPSC leadership and middlemen had created a situation to enable the malpractice to be executed. “This type of activity could not have happened without the support of the top management of the TNPSC,” Mr. Alagiri charged.​

​He demanded that a CBI enquiry be instituted to conduct an impartial and truthful probe into the matter so that the real culprits can be found and punished.​

Kamal Haasan to visit all constituencies

Having recovered from his injury, Makkal Needhi Maiam founder Kamal Haasan will soon embark on a tour to cover all the 234 Assembly constituencies in Tamil Nadu before the 2021 Assembly elections, party sources said. A senior party leader said the schedule of his tour is being finalised even as the party is striving to […]