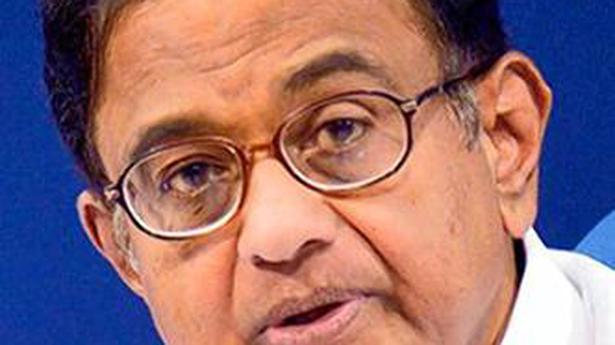 Senior Congress leader P Chidambaram on Saturday hit out at the Centre over alleged lack of job creation, saying the three main issues in the upcoming Lok Sabha polls would be jobs, jobs and jobs.

“What is worse? Not creating jobs or lying about creation of jobs?” Chidambaram asked in a tweet, alleging that the National Democratic Alliance government was guilty of both. “The top three issues in the elections will be jobs, jobs and jobs.”

“Glad that CII (Confederation of Indian Industry) has found its voice and has exposed the government’s bogus claims on job creation. Hope that others also will speak up,” the former Union finance minister added.

The CII had on Wednesday expressed concern over the country’s job market amid growing challenges of making a generation employment-ready. However, it had on Thursday said the recent reforms ushered in by the government were creating new livelihoods across existing and emerging sectors.

The identity and group affiliation of the slain ultras was being ascertained. Source: thehindu.com Related

‘Asha’ was rescued by West Bengal police when they found her being mistreated outside their training facility. Officers originally intended keeping the mixed-breed stray as a pet, but Asha turned out to have a nose every bit as good as the German Shepherds and Labradors usually trained to sniff out explosives and drugs. Source: thehindu.com […]

Within a decade, 30 lives were lost and swathes of standing crops were destroyed in attacks by crop-raiding elephants in Munnar, where the largest number of man-animal conflicts were reported in Idukki. Fragmentation of forestland is the prime reason cited for the elephants straying into farmlands. A herd of 28 wild elephants are stranded at […]