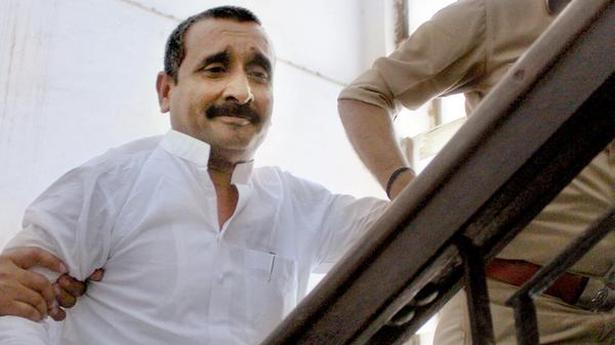 BJP MLA Kuldeep Singh Sengar was among the 10 people named in an FIR registered on Monday in connection with a road accident in which the Unnao rape survivor and her lawyer were critically injured and her two aunts killed, police said.

Speaker of the Karnataka Assembly Ramesh Kumar on Monday resigned with immediate effect. Following the confidence motion — in which Chief Minister B.S. Yediyurappa proved majority — and the passage of Finance Bill and appropriation bill, the Speaker informed the House about his decision.

Punjab Chief Minister Amarinder Singh has backed Congress general secretary Priyanka Gandhi Vadra to take over the party’s reins, and that she was “a good bet” to replace Rahul Gandhi as the new leader.

The Dam Safety Bill, aimed at developing uniform safety procedures for all dams across the country, has been introduced in the Lok Sabha for the third time. It was first introduced in Parliament in August 2010 and was referred to a standing committee, which submitted its report in June 2011. After this, attempts to pass the Bill in the 15th and 16th Lok Sabhas failed due to opposition from the States.

The Enforcement Directorate (ED) has provisionally attached assets worth ₹ 246 crore in connection with the Gutkha scam case. They include 174 immovable properties located in Tamil Nadu, Puducherry and Andhra Pradesh, having a total market value of Rs.243.80 crore. Assets in the form of shares and vehicles worth ₹ 2.29 crore have also been attached.

The Supreme Court on Monday agreed to hear on August 2 a petition by absconding businessman Vijay Mallya against a move to declare him a fugitive under the Fugitive Economic Offenders (FEO) Act of 2018 and confiscate his assets worth crores of rupees.

Samajwadi Party (SP) member Azam Khan on Monday was made to apologise twice in the Lok Sabha for making bjectionable remarks against BJP member Rama Devi when she was presiding over the proceedings of the Lower House last week.

Also read | Parliament proceedings, as it happened on July 29

India has 2,967 tigers, a third more than in 2014, according to results of a tiger census made public on July 29 by Prime Minister Narendra Modi.

Trinamool Congress functionaries will now visit residential areas in the cities and the villages and even spend the night in those areas as a part of enhanced public relations campaign, said party chief and Chief Minister Mamata Banerjee, while addressing a press conference in Kolkata on Monday.

West Indies legend Vivian Richards is pinning his hopes on the current team to pose a tough challenge to Virat Kohli’s battle-hardened outfit in the upcoming assignments in the Caribbean.

In a clear sign of defiance, BJP MP B.N. Bache Gowda’s son Sharat Bache Gowda has announced that he and his supporters will be in the forefront of Tipu Jayanti celebrations scheduled to be held next month. Participating in an Urus in Hoskote, Mr. Sharat Bache Gowda, who is also the BJP’s Yuva Morcha leader, […]

Tribal communities of Hunsur have urged the government to celebrate Birsa Munda Jayanti on the lines of similar events held to commemorate various personalities. A resolution was passed by various tribal NGOs at Hunsur after observing the 144th birth anniversary of Birsa Munda, who was a tribal leader and who died fighting against the British […]