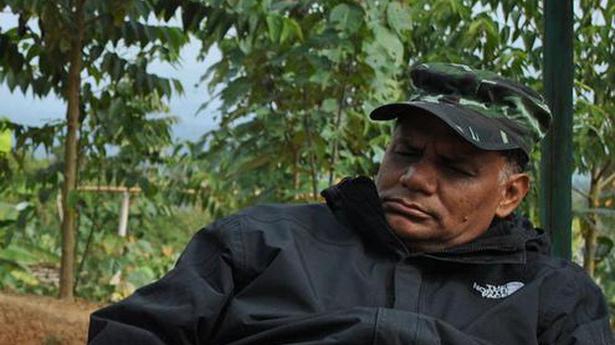 The most wanted leader of the banned United Liberation Front of Asom-Independent or ULFA (I) after its fugitive chief Paresh Baruah has surrendered.

Inspector-General of Assam police’s Special Branch Hiren Nath confirmed the surrender. “The formal surrender will be at the Army’s 21st Mountain Division in Rangia [western Assam] on Thursday,” he said.

According to the Meghalaya police, Rajkhowa and four others were in two vehicles that were intercepted on National Highway 62 in East Garo Hills district about 6:30 pm on Wednesday.

“During interrogation, Drishti Rajkhowa identified himself and said they had crossed over to Bangladesh after escaping from an encounter with the [Meghalaya] police at Bolbokgre in South Garo Hills district in March. They re-entered India a day ago due to heavy operations in Bangladesh and contacted Army officials for surrendering at Dilsengre village in the same district,” a Meghalaya police spokesperson said.

The five – the other four were from Assam too – were taken to the Army unit they had contacted.

The spokesperson said an AK-81 assault rifle and a 9mm pistol were recovered from them along with ammunition.

Baruah, believed to be based at Ruili on the China-Myanmar border, promoted Rajkhowa as his “second in command” in November 2011. The latter is a central committee member of the extremist group, most of whose leaders and cadres have either been captured or have surrendered.

Born in 1979, the ULFA was the offshoot of the anti-foreigners Assam Agitation. It let loose a reign of terror in 1990 inviting counter-insurgency operations by the Army.

The outfit split into the pro-talks group headed by its chairman Arabinda Rajkhowa and the anti-talks faction headed by Baruah. The latter was renamed ULFA (I) in 2013.

The Madras High Court on Friday permitted the Forest Department to translocate spotted deer found in and around Raj Bhavan, Central Leather Research Institute (CLRI) and Indian Institute of Technology (IIT) campuses in the city to nearby forest areas with a rider that officials should first frame guidelines for scientifically trapping the animals. Justices M. […]