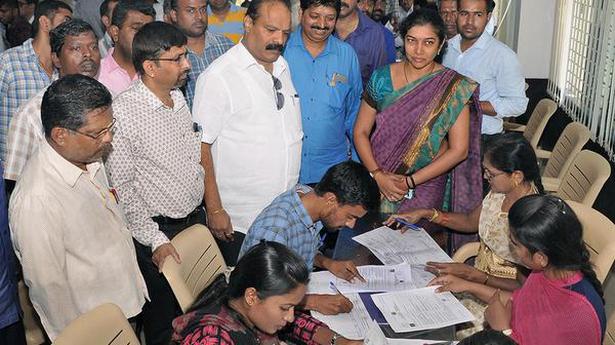 A special drive to renew trade licences was conducted by the Mysuru City Corporation on Wednesday.

It was held under the auspices of the Mysuru Hotel Owners’ Association. In all, 239 licences of entrepreneurs in the hotel industry were renewed.

A release stated that the MCC collected ₹20.81 lakh as licence fee during the drive which was inaugurated by MCC Commissioner Shilpa Nag. The association members also raised issues related to what they described as double taxation and said the MCC was collecting twice the amount stipulated for licence fee in case of properties that did not have Completion Reports and sought that this was relaxed.

The Latin American societies are witnessing a peculiar social transformation in which the crisis in traditional socio-cultural and institutional entities leads to the emergence of charismatic figures, Juan Fernando Calderon, director of Research and Professor at the Latin American Faculty in Social Sciences at the National University of San Martin, Argentina, has said. He was […]

The government on Friday sought an apology from the Congress’s two Lok Sabha members for their “threatening behaviour” towards Minister for Women and Child Welfare Smriti Irani while she was speaking in the House on the recent rape incidents in the country. The House was adjourned briefly and later for the day after BJP members […]

The deepening resentment against the Citizenship (Amendment) Act (CAA) and the internecine feud between Governor Arif Mohammed Khan and the government as well as the Opposition are set to resonate in the 18th session of the Assembly that commences on Wednesday. The budget session opens at a time when the State is caught in the […]