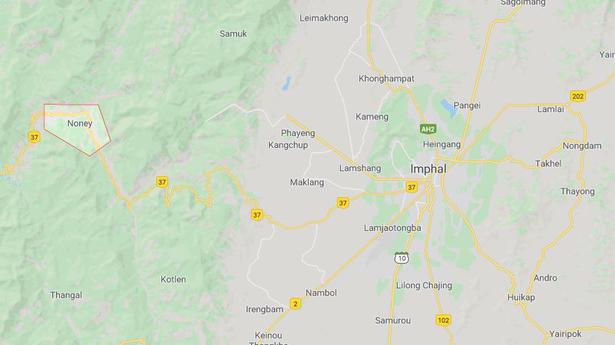 One tribal insurgent was killed and two seriously wounded during a gun battle on October 14 night between two factions of the proscribed Zeliagrong United Front in Noney district in Manipur, police sources said.

The body of the slain cadre, identified as A. Pungmei, was brought to hospital for post-mortem. The two injured insurgents were identified as Santosh and Thomas from the same district.

Armed cadres of the two factions, who were on a foot patrol in the mountain roads, had a chance encounter near Leishok village in Noney district. Tribal villagers said that the gun battle lasted for several minutes.

District police and paramilitary forces rushed to the area where the encounter took place. However, none could be rounded up. Police said that there had been some fatal armed encounters between the two factions in the past.

Seven senior retired officers of the armed forces , including five Lieutenant-Generals, joined the BJP on Saturday in the presence of Defence Minister Nirmala Sitharaman at the BJP headquarters here. Two former Deputy Chiefs of Army Staff, Lt. Gen. J.B.S. Yadav and Lt. Gen. S.K. Patyal, were among those who joined the party. The other […]

The Meghalaya government on Monday took exception to its Punjab counterpart providing funds for the benefit of people residing in Punjabi Lane here without informing the State government. The issue was raised in the Assembly by Urban Affairs Department Minister Hamlet Dohling. He informed the House that the Punjab government had sanctioned ₹1.5 lakh for […]

West Bengal Chief Minister Mamata Banerjee on Saturday tweeted a purported photograph of former Jammu and Kashmir Chief Minister Omar Abdullah. She wrote: “I could not recognize Omar in this picture. Am feeling sad. Unfortunate that this is happening in our democratic country. When will this end?” The Trinamool Congress leader expressed concerns in the […]