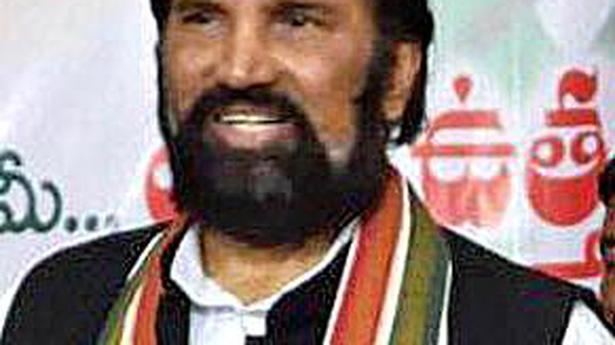 In a statement issued here on Monday, Mr. Reddy alleged that the Chief Minister was trying to suppress the voice and rights of employees and common people. He advised the employees of all government departments to be cautious with the Chief Minister. He slammed Mr. Rao for calling RTC strike illegal.

He said Telangana State would not have become a reality if RTC staff did not go on strike during the Statehood movement. He reminded that Mr. Rao had praised the same RTC staff when they went on strike during the Telangana agitation. He advised people to watch the old video clip of Mr. Rao wherein he supported the demands of RTC employees. However, he said the CM has changed his stand after coming to power.

The TPCC President advised the unions of different government departments not to get intimidated with the dictatorial attitude of the Chief Minister and continue their struggle for the rights of workers in a democratic manner. He said that the Congress party would continue its support to the employees in all their struggles.

He urged the State government to hold talks with the RTC unions to resolve the matter by accepting all the justified demands of workers. He said common people were suffering due to the arrogant attitude of TRS Government. He also asked the Congress cadre to support the RTC workers in their agitation and participate in the hunger strike to express solidarity.

In another statement, former Minister and former Leader of Opposition in Council Md. Ali Shabbir came down heavily on the CM’s announcement to dismiss the TSRTC employees enmasse.

“KCR Government did not appoint even 48 employees in the RTC. But he dared to dismiss over 48,000 workers in a single stroke. His decision was insensitive and will not be tolerated.

“RTC staff has a democratic right to protest and even go on strike seeking fulfillment of their long pending demands. Congress party will support RTC workers till their demands are met and we will ensure that not a single employee loses his job,” he said.

Mr. Shabbir also asked all the unions across Telangana State to support the RTC workers. “KCR has tried to set a bad precedent by sacking thousands of employees in a single shot. If tolerated now, then KCR will treat the employees of all departments and corporations in the similar manner. There will be no unions and no employee will have a right to raise a demand or fight for his rights.

“All unions must back the RTC employees. Else, one after the other KCR will finish off all the unions and privatise all departments by sacking thousands of employees. This dictatorial form of government should not be permitted under any circumstances,” he said.

Uber has introduced the in-app tipping in India to help its driver-partners increase their earnings from the platform, a feature that the ride-hailing platform had introduced in the U.S. over two years ago. According to sources, the U.S.-based ride hailing platform started piloting the feature in India in Mumbai two months ago and has now […]

Election officials in Maharashtra have asked production houses of two Hindi TV serials accused of espousing the BJP-led government’s schemes to get ‘politically influential’ content vetted with them before it is telecast. The content telecast was a clear violation of the model election code, an official said. Maharashtra’s additional chief electoral officer Dilip Shinde, in […]

A social outfit called Manava Vikasa Vedika organised a rally calling for the restoration of moral values and ethics, in Tirupati on Sunday. People from various walks of life took part in the rally that began from the Albert Einstein statue and crossed the arterial roads of the temple city on Sunday. “The idea is […]