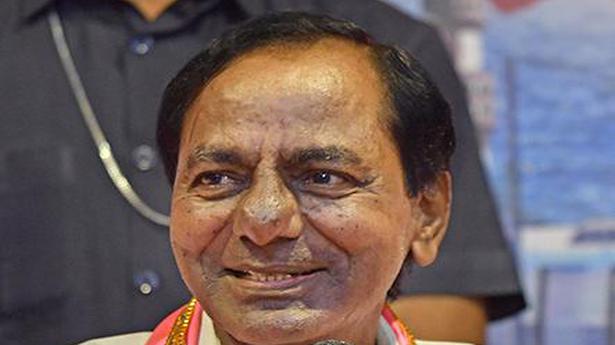 Chief Minister K. Chandrashekar Rao categorically said that the government did not sack the employees and that they resorted to “self dismissal” by not adhering to the deadline fixed by the government for joining duties. The Chief Minister announced a series of steps that would be taken in the coming days for strengthening the TSRTC and turning it into profit mode.

The government, Mr. Rao said, had contemplated these measures as the unions continued their “excessive behaviour” and dictated terms to successive governments rather than striving for the recovery of the ailing corporation that had accumulated losses over the years.

“It is ridiculous that these leaders are making claims on intensification of their agitation,” the Chief Minister said.

He said the government had directed the police department to keep a close watch on the bus depots and RTC properties as there was scope for the agitating employees to create some sort of disturbances.

Odisha made a quantum jump in coronavirus infection by reporting as many as 15 new cases taking the total number of COVID-19 cases to 20 in the State on Friday. Also read | Odisha government announces complete shutdown for 48 hours in three cities Of the 15 new cases, 10 belonged to the capital city […]

In his traditional half-naked attire, 45-year-old Konda Dora tribal elder Sarapu Krishna Murthy has intensified the campaign on a moped all alone, appealing to the people in Rampa Agency to observe the COVID-19 lockdown in letter and spirit. He was seen hitting the roads on Thursday morning, beginning his campaign from his village of Bandapalli […]

Senior Congress leader P Chidambaram on Saturday hit out at the Centre over alleged lack of job creation, saying the three main issues in the upcoming Lok Sabha polls would be jobs, jobs and jobs. “What is worse? Not creating jobs or lying about creation of jobs?” Chidambaram asked in a tweet, alleging that the […]