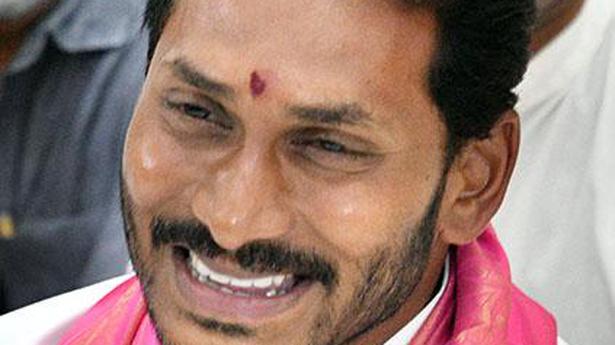 Mr. Jagan’s account, which was created in January 2015, has about 9.75 lakh followers until the State’s general election result of landslide victory was announced on May 23. Since then the account’s followers’ count has increased in thousands every day. There were 9.96 lakh followers until June 1 and on Sunday, the number crossed 10 lakh.

Former CM Nara Chandrababu Naidu is way ahead of Mr. Jagan and other politicians with 4.3 million followers.

However, Mr. Jagan who has made only 520 tweets so far gained one million followers faster than Mr. Naidu who joined the club at the end of 2015 created his account way back in 2009.

Meanwhile, users on Twitter are expecting the new government to continue the grievance redressal mechanism which was run via Twitter by former Minister Nara Lokesh. Jana Sena Party chief K. Pawan Kalyan has over 3.5 million followers at present.

There was a time when Pawan Kumar, a resident of Kinjar-Ujjainpatti village in Arwal district, was not sure if he would be able to pursue his studies any more. His unemployed father was not well and his mother’s income as an Anganwadi worker was not enough to even feed a family of nine members. But […]

The Centre has written to all the States voicing concern that due to the lower Goods and Services Tax (GST) collections, the compensation cess might not be enough to pay for losses arising out of the tax system. U.S. President Donald Trump abused his power of office, a key Congressional committee from the Democratic-controlled House […]