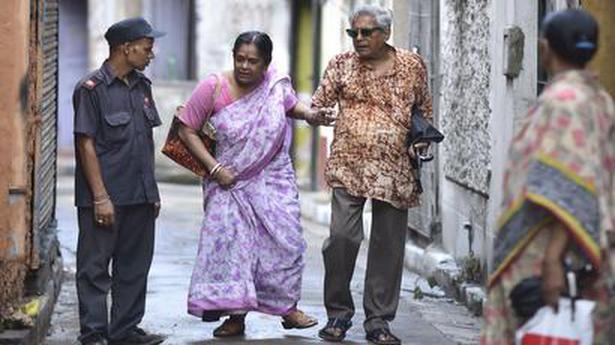 Two elderly residents of Kolkata’s Bowbazar area, who were displaced with their families due to the East West Metro tunnelling work, died earlier this week, their relatives said on Thursday.

Anjali Mallick, 88, and Ganesh Prasad Gupta, 86, of Sankrapara Lane died late on Tuesday evening. The family members of both the persons alleged that they could not take the strain of being shifted out of their accommodation to a hotel.

Almost 500 residents of Durga Pituri Lane and Sankrapara Lane have been shifted out of their houses and provided alternative accommodation by the Kolkata Metro Rail Corporation Limited (KMRC). Both Mallick and Gupta were shifted out on September 1.

Family members of Gupta said he fell sick on the very day he and his family were evacuated from their home and moved to a hotel. They alleged that he felt suffocated in the room, following which he was taken to a private hospital where he died.

Mallick’s family alleged that the octogenarian, who had been bedridden due to a hip injury, was depressed ever since she had been asked to move out of her house.

“Every death is tragic. We had shifted the people to various hotels. We have formed a number of committees to ensure they provide proper services to those being accommodated in the hotels,” a KMRC official said.

Over half a dozen houses in Bowbazar collapsed due to ground subsidence when the tunnel hit an underground water aquifer. KMRC has obtained permission to bring down five more houses in Durga Pithuri Lane. Work is in progress for grouting and strengthening of soil.

It is better to focus on herd protection by emphasising more on disease containment and protection of vulnerable groups’ Source: thehindu.com Related

G. Shankar, leader of the fishermen community and a businessman, has taken B.M. Sukumar Shetty, BJP MLA, and actor and the party’s star campaigner Tara, to task for not having made efforts to trace the seven fishermen from Malpe, who went missing off Goa coast on December 15, 2018. The incident took place at Bagwadi […]