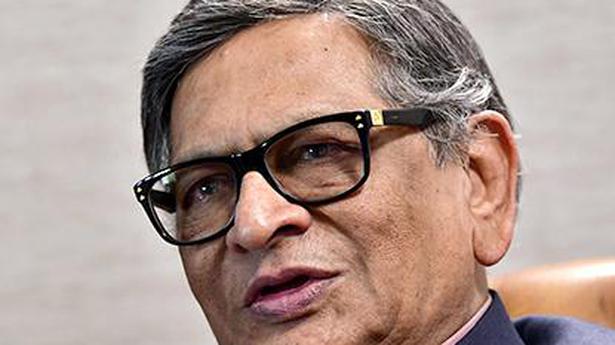 Speaking to presspersons here on Friday, Mr. Krishna said the Constitution had given the right to every individual to express his or her opinion.

“Everybody has a right and we cannot compromise on the rights guaranteed by the Constitution. Nobody should be called anti-national for criticising Modi. He himself would not approve of this,” he said.

Answering a question, Mr. Krishna said he had announced that he would not contest any election.

“I have kept my word. Some people have a different meaning for the word — last election — in their dictionary.” He clarified that he would not accept any position if Mr. Modi came back to power.

Mr. Krishna campaigned for BJP candidate A.Manju at Gandasi in Arasikere taluk, Hagare, and a few other places in Belur taluk.

APW moves SC for 100% reverification of NRC process in Assam

The Assam Public Works (APW), an NGO whose petition had led to the National Register of Citizens (NRC) exercise in Assam, has moved the Supreme Court for a 100% reverification of the entire process and a probe by a judicial committee to detect the discrepancies involved in updating the citizens’ register. In a fresh affidavit […]

Sivaganga was also an option for Rahul Gandhi: Chidambaram

Stating that the Congress manifesto had become the principal talking point across the country, former Union minister P. Chidambaram, on Friday said Prime Minister Narendra Modi has been rattled by the development.   Speaking to The Hindu, the Congress leader said there was a delay in the party high command fielding his son Karti Chidambaram […]