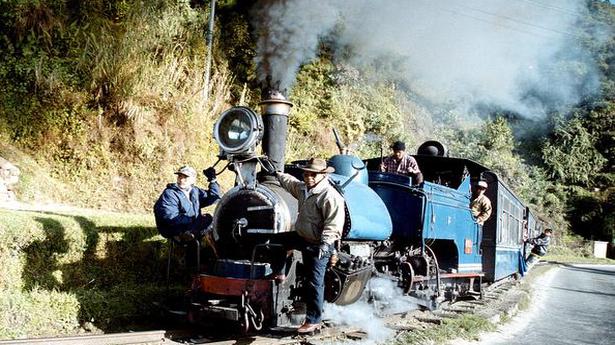 UNESCO has asked the Indian Railways to submit a report by next February on the state of conservation of the Darjeeling Himalayan Railways (DHR) after the UN body found the trains and tracks of the world heritage site were suffering from “insufficient maintenance”.

UNESCO’s World Heritage Committee in a report, submitted in its 43rd session held in Baku, Republic of Azerbaijan, on June 30, said many of the station buildings which are identified as major attributes of the Outstanding Universal Value (OUV) have “lost original fabric and seriously deteriorated” since the inscription of the property on the World Heritage list in 1999 and its subsequent extensions in 2004 and 2008.

State broadcaster Prasar Bharati will be co-producing a feature film directed by Shyam Benegal on the life of the founding father of Bangladesh, Sheikh Mujibur Rahman, and also a documentary on Bangladesh Liberation War. Bilateral meet The decision was taken after a Bangladeshi delegation led by Dr. Gowher Rizvi, adviser to the Prime Minister of […]

Claiming that the alliance has its basis in their common ideology of Hindutva, the BJP and Shiv Sena launched a joint election campaign at a rally in Kolhapur on March 24. However, even as the top leaders of the two parties tried to show a united front, their discomfort with each other was evident. Chief […]

As Jammu and Kashmir is all set to be downgraded and bifurcated into two Union Territories on October 31, there is concern among the bureaucracy regarding choice of posting. Since many officials are not willing to move to Ladakh, the Centre was planning a compulsory one-year “short stint” of State administration officials to the new […]